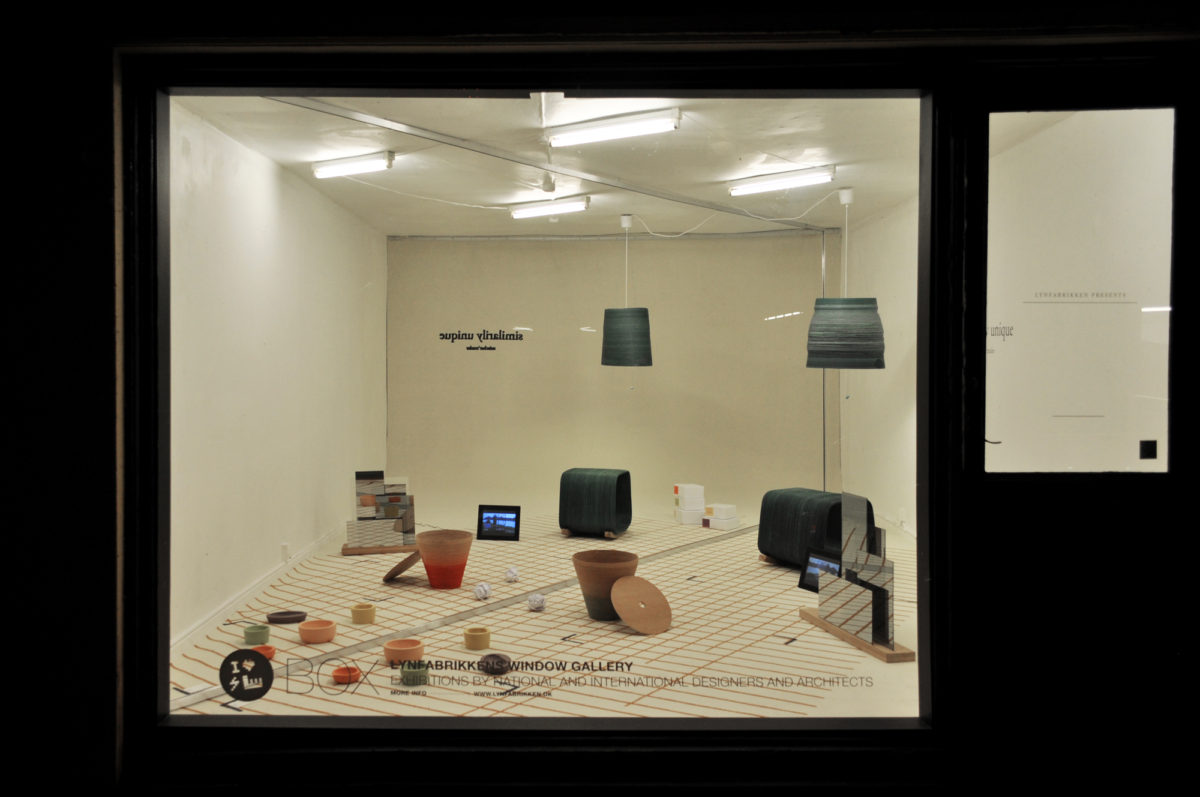 exhibition for lynfabrikken (2013) seen from outside

In 2013 studio mischer’traxler was invited by lynfabrikken to design an installation in their exhibition space ‘the BOX’ in Aarhus. The resulting installation is called ‘similarly unique’ and divides the space of the BOX with a frame into mirrored halves, representing objects from various mischer’traxler projects. The selected projects are characterized by their individuality within a series. They are similar, yet unique. The exhibition is addressing these minor differences among some products by juxtaposing two objects of a kind and showing them as being mirrored in the space. One has to look twice to notice the slight differences in the mirrored counterpart and thus to realise that there is no mirror existing. The creations are let to reflect in themselves, emphasizing on both, their resemblance and singularity.
A year later in 2014, the installation was adapted to fit into the window space of Vienna Design Weeks’ office space. 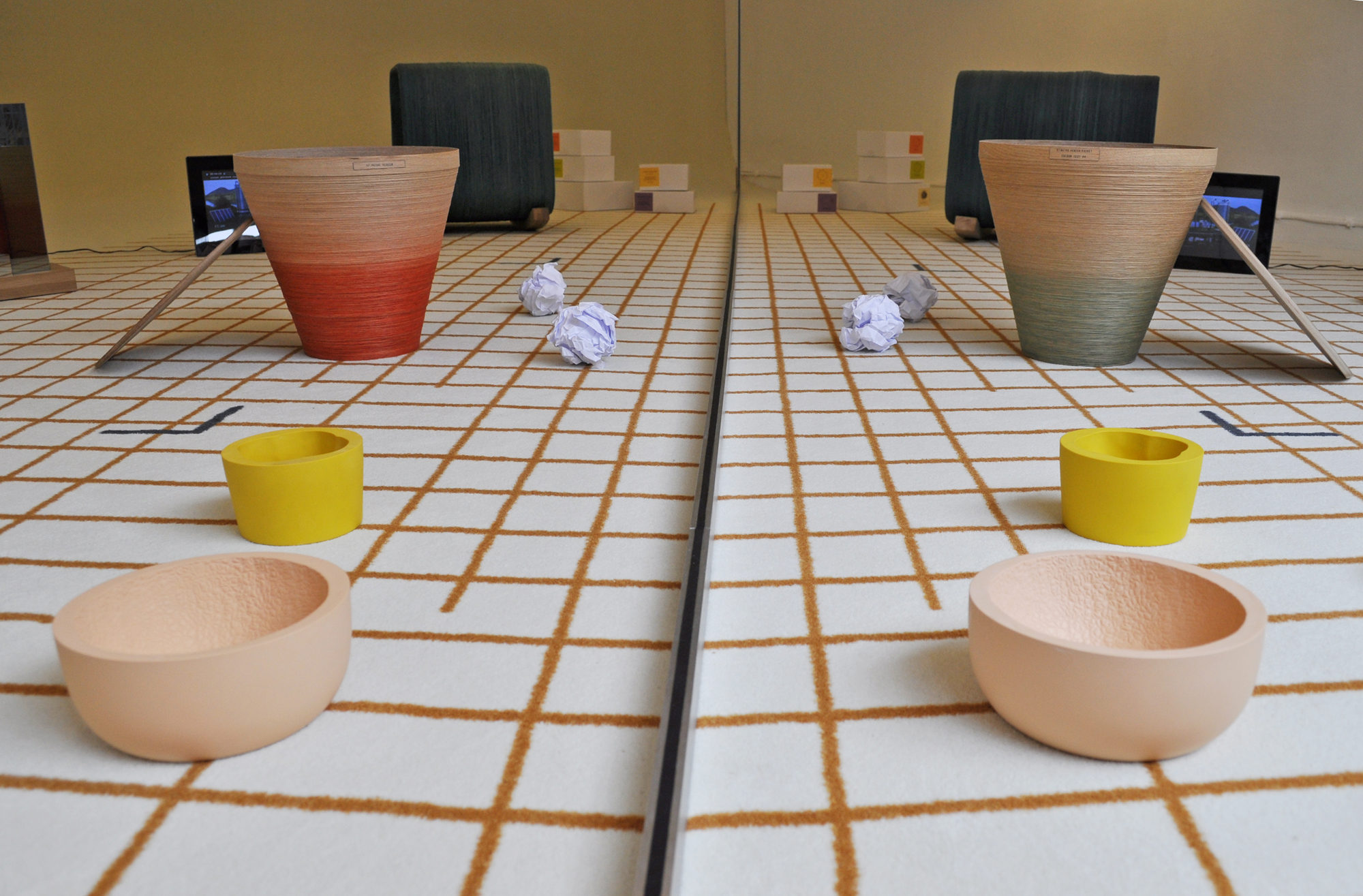 lines on the specially designed carpet underline the mirroring effect 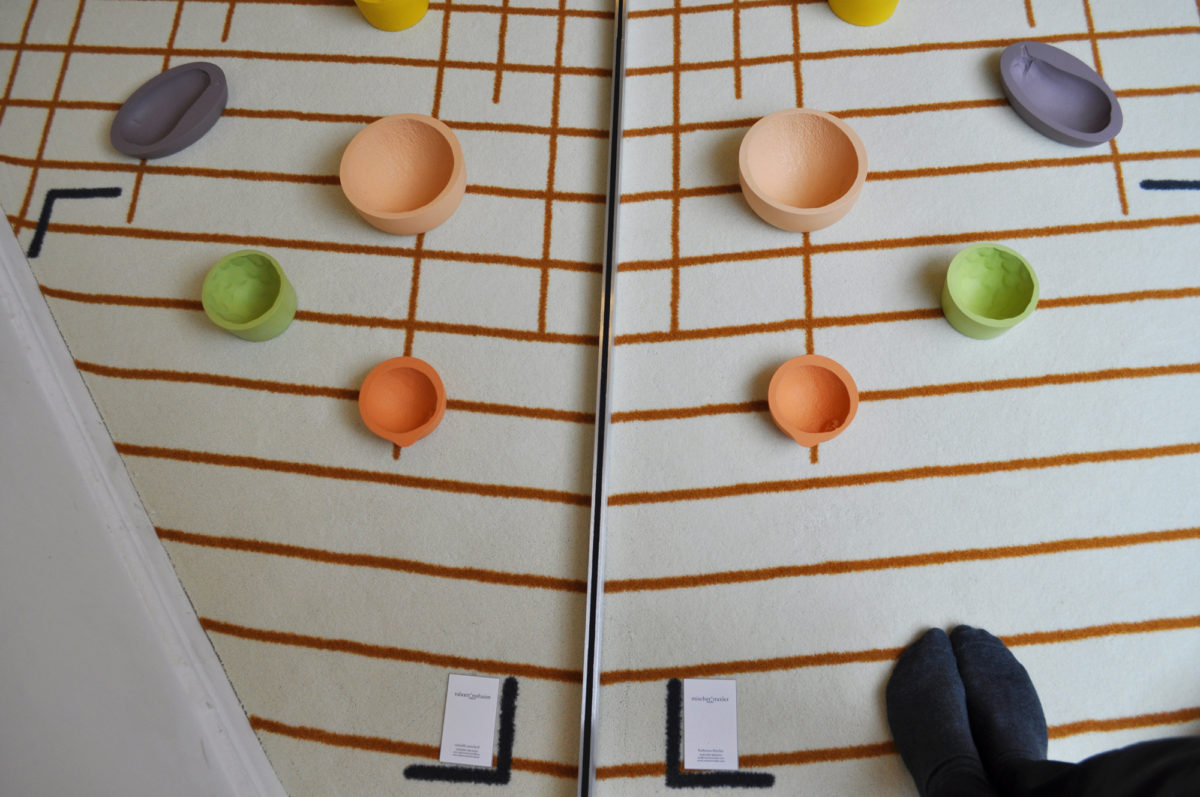 the metal frame suggests that there would be a mirror, in fact it is just an empty frame

The selected projects are characterized by their individuality within a series. They are similar, yet unique. 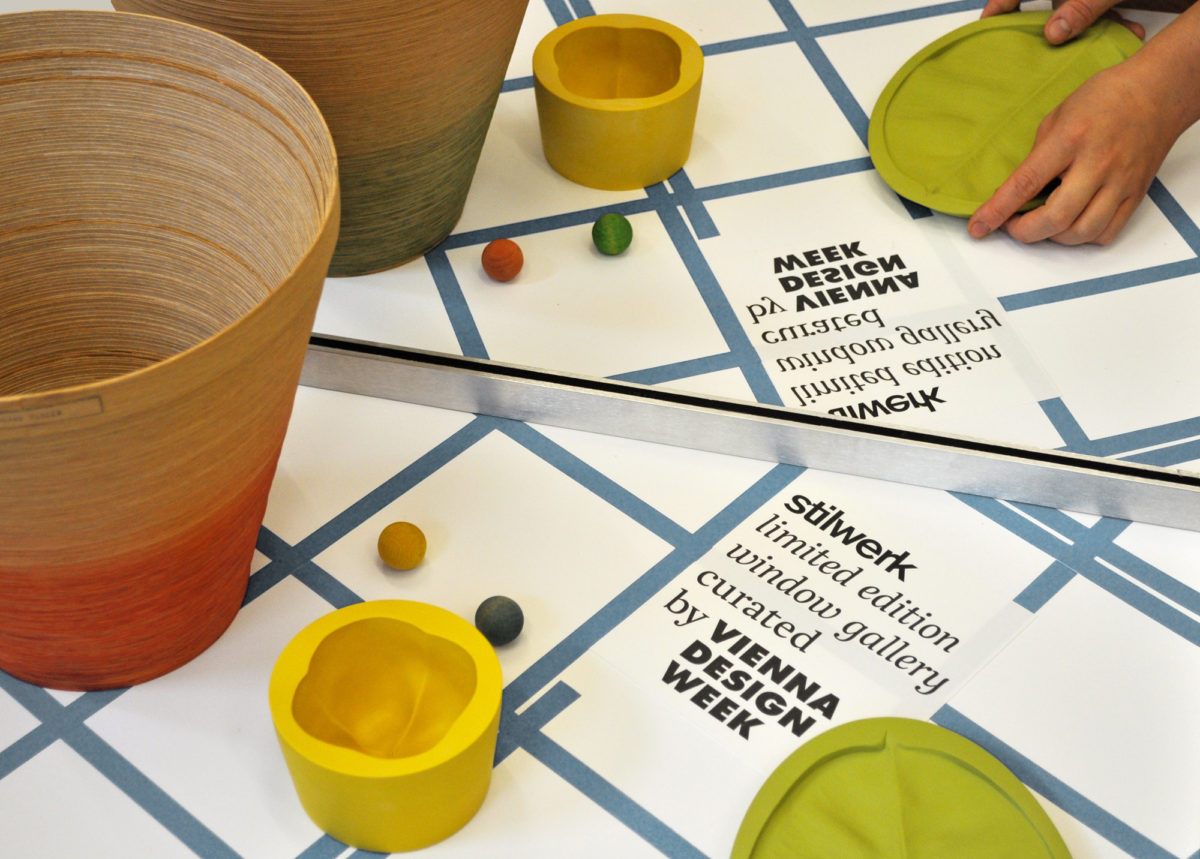 some texts are printed mirror inverted to underline the mirroring effect, whilst at the same time objects have complete different colours 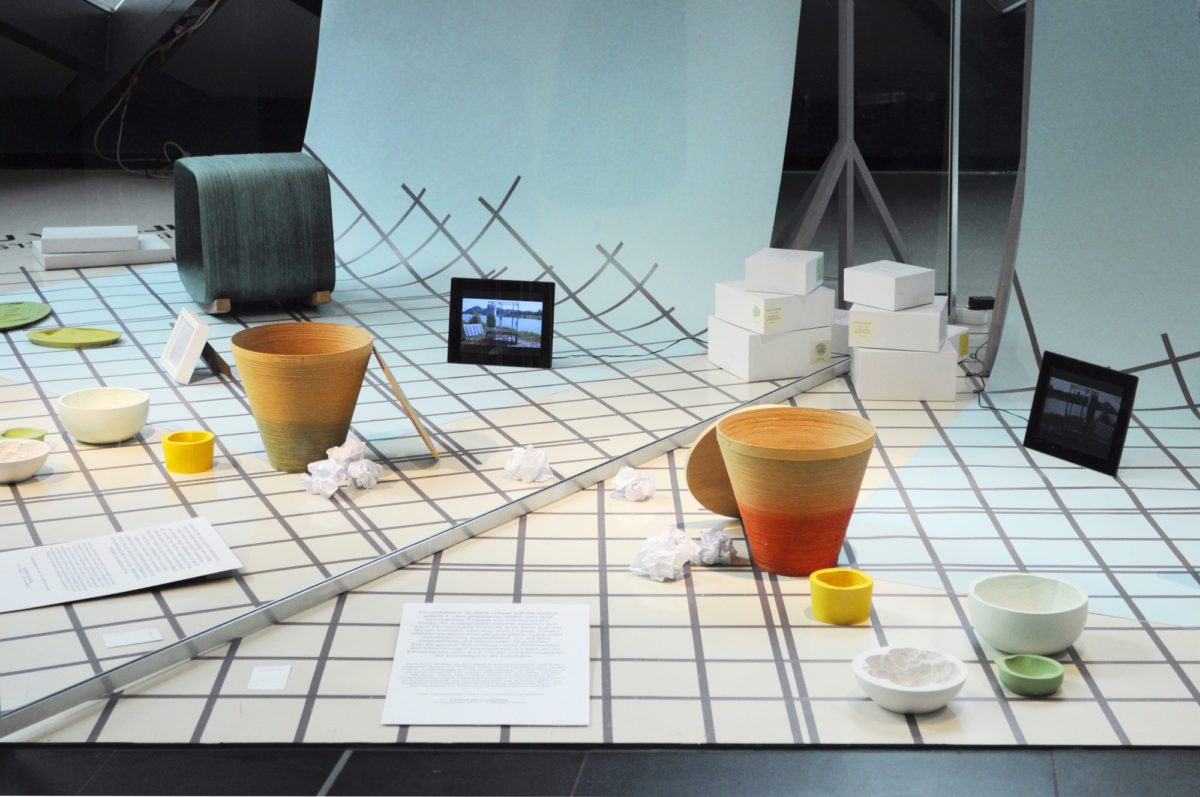 lines made with tape on paper underline the mirroring effect 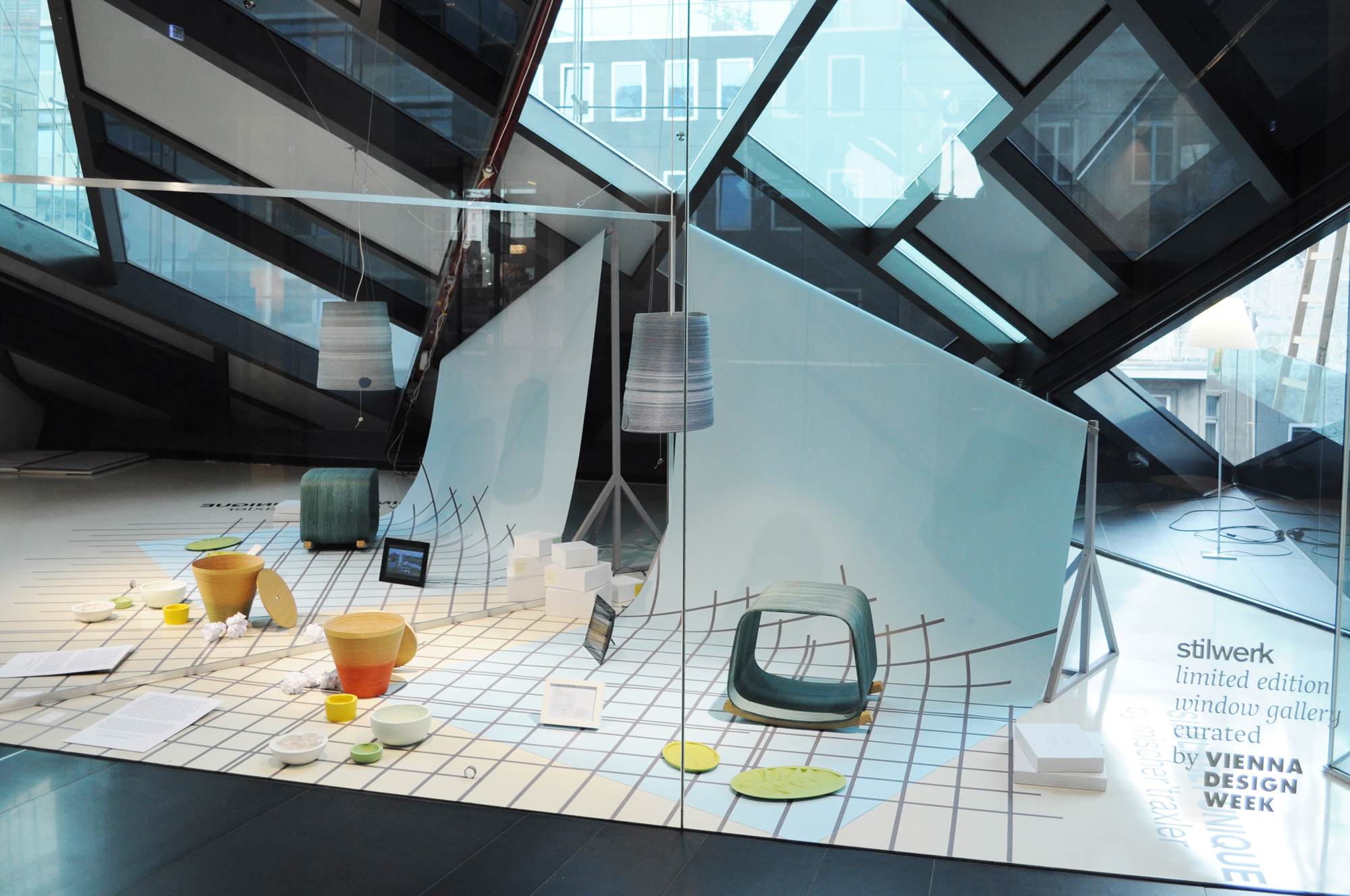 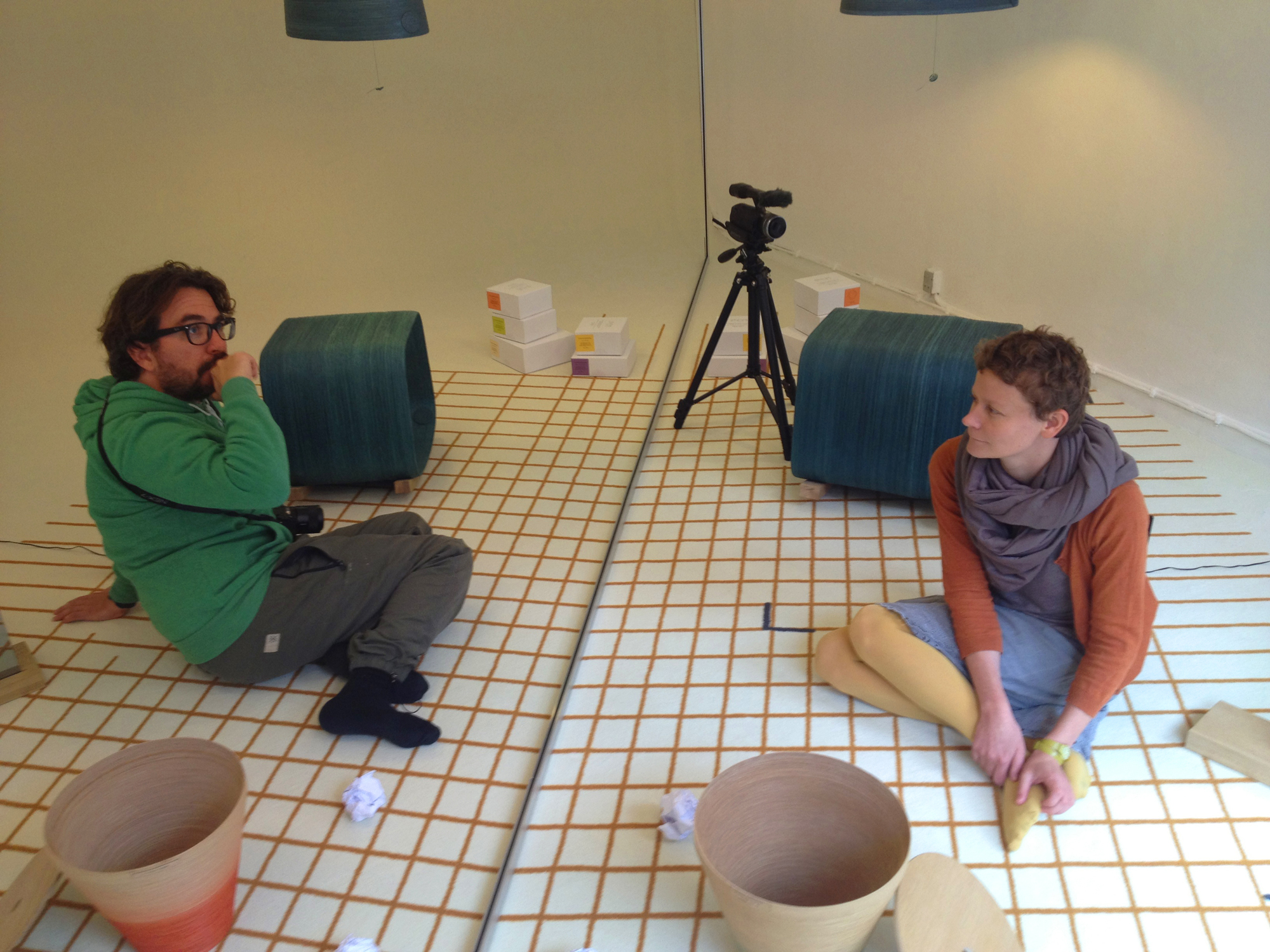