one room – one species

the whole population of one endangered species
in one installation 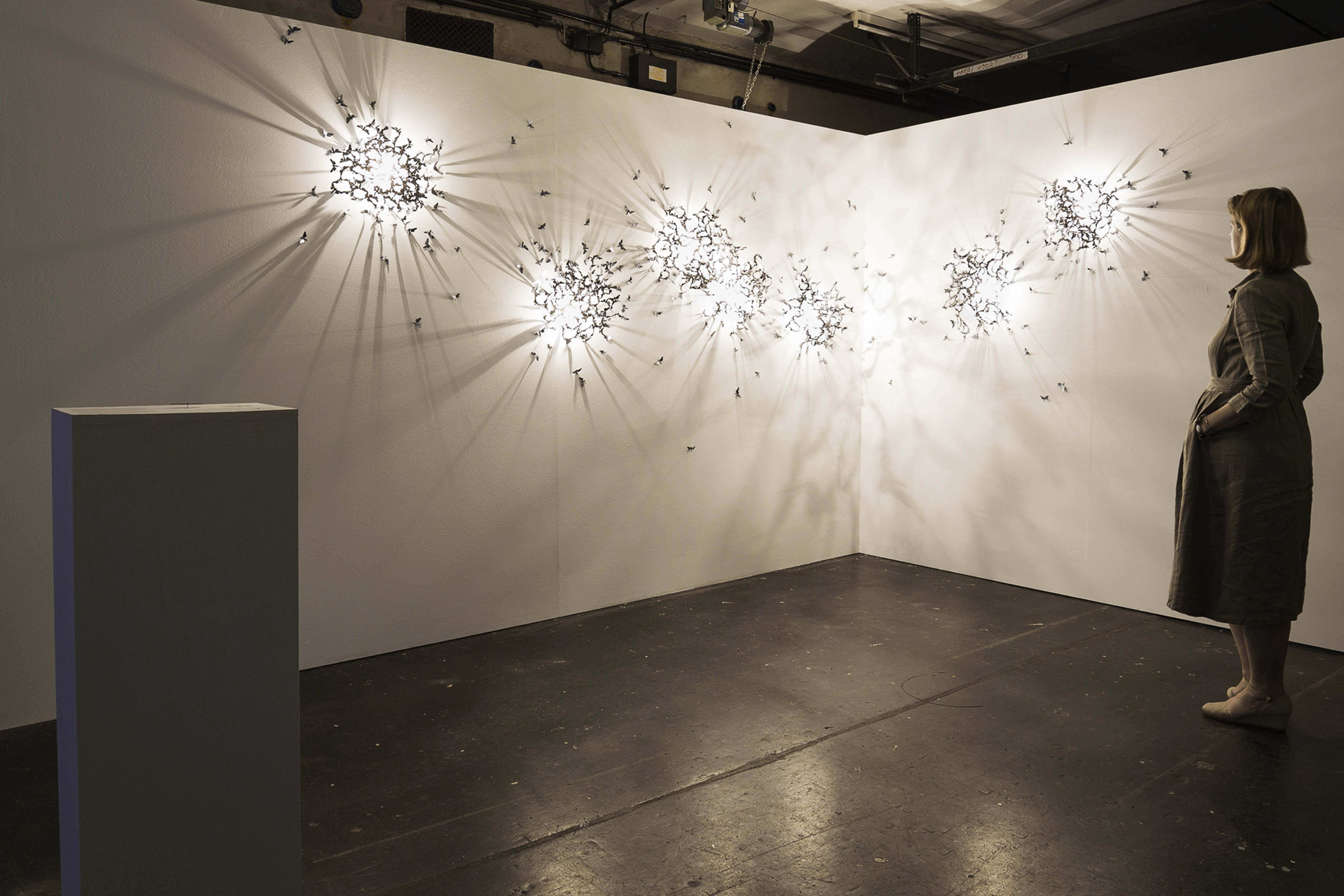 The loss of biodiversity was the focus of the project realLimited – one room, one species in the exhibition at the KUNST HAUS WIEN Garage. The total population of the moth species “cucullia tanaceti”, which is threatened by extinction, is represented as a light sculpture.
1,219* numbered moths made out of aluminium visualize all the moths of this species still living in Austria. Several arrangements of these metal insects form light sculptures with individual moths whirling around sources of light.
This momentary record of all the specimen of this species still existing in Austria revives the discussion about the growing exploitation of sensitive natural resources. The new installation in the series RealLimited visualizes real limitations and tries to enable us to grasp abstract numbers.
The six lamps of this series ‘limitedmoths – cucullia tanaceti’ are available via Design and Art.

With a certain amount of the generated money we support the ‘Naturfreikauf’ (redeem nature) by Naturschutzbund Austria, which buys natural areas where certain species were spotted and protects them in order to just stay as natural as possible.

*The numbers of the overall population of the ‘cucullia tanaceti’ include approximately 300-1300 specimen each year, according to the Austrian Federal Environmental Agency. Following extensive research and conversations with experts in the field, mischer’traxler estimated the population to be about 1200 specimen.

main image: Thomas Meyer – all the existing specimens of the highly endangered cucullia tanaceti are portrait in 6 lamps in one part of the room 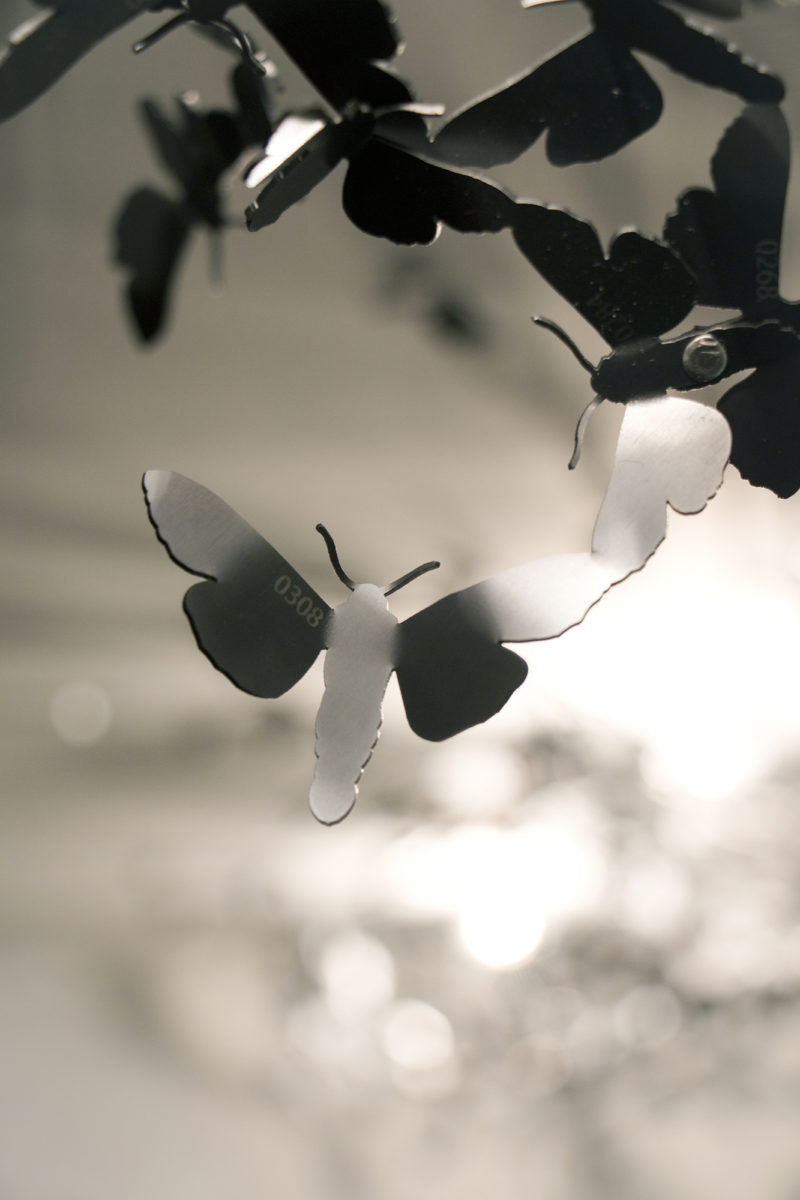 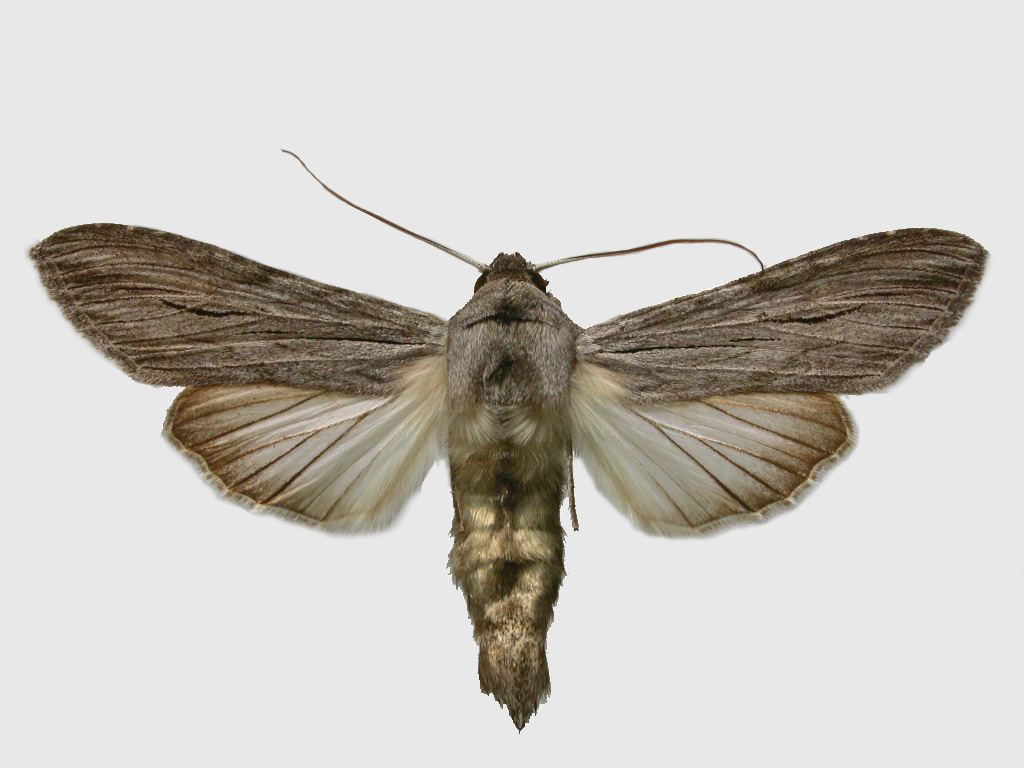 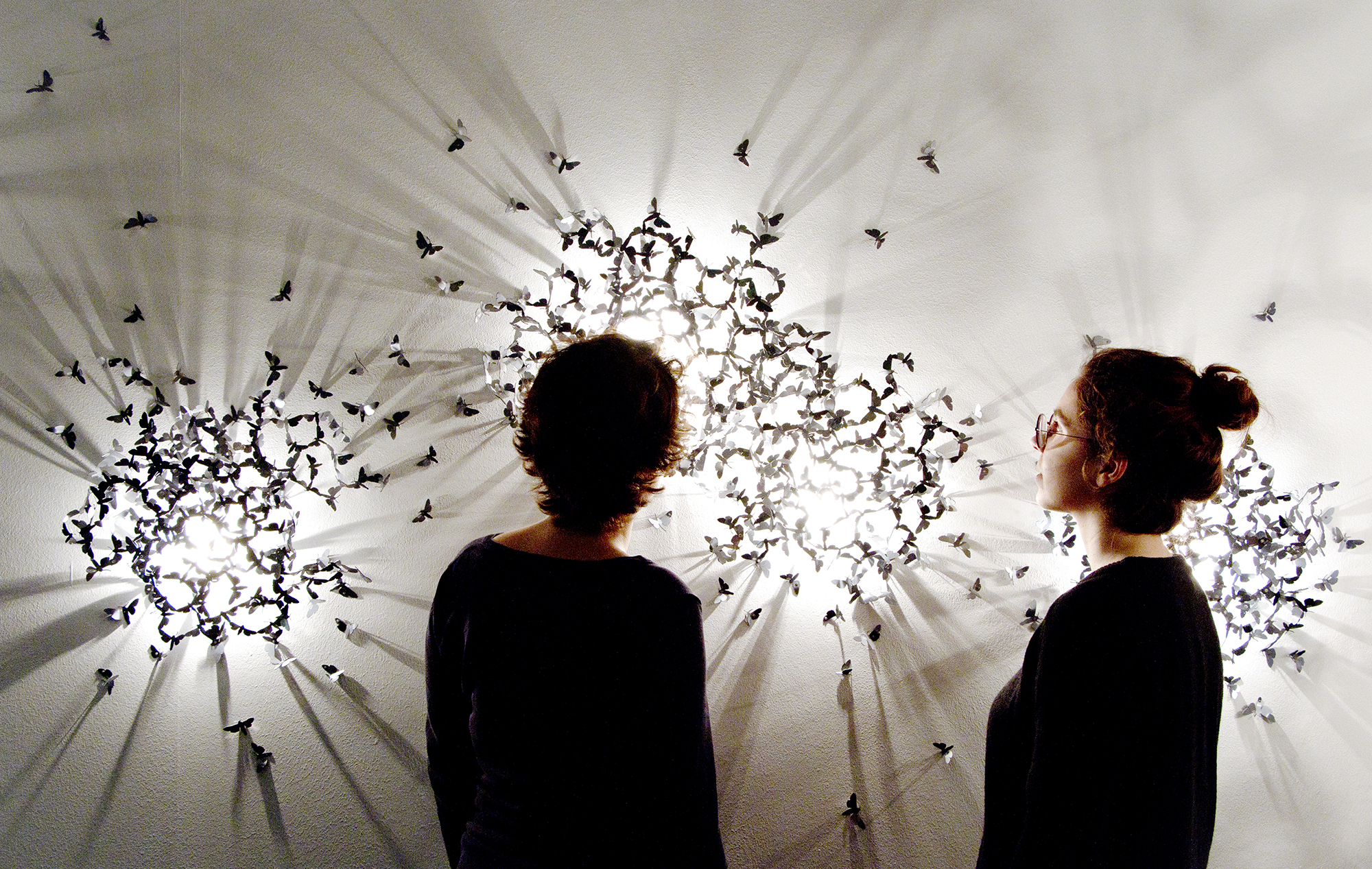 light is filtered by the cluster of aluminium moths / image credit: Thomas Meyer 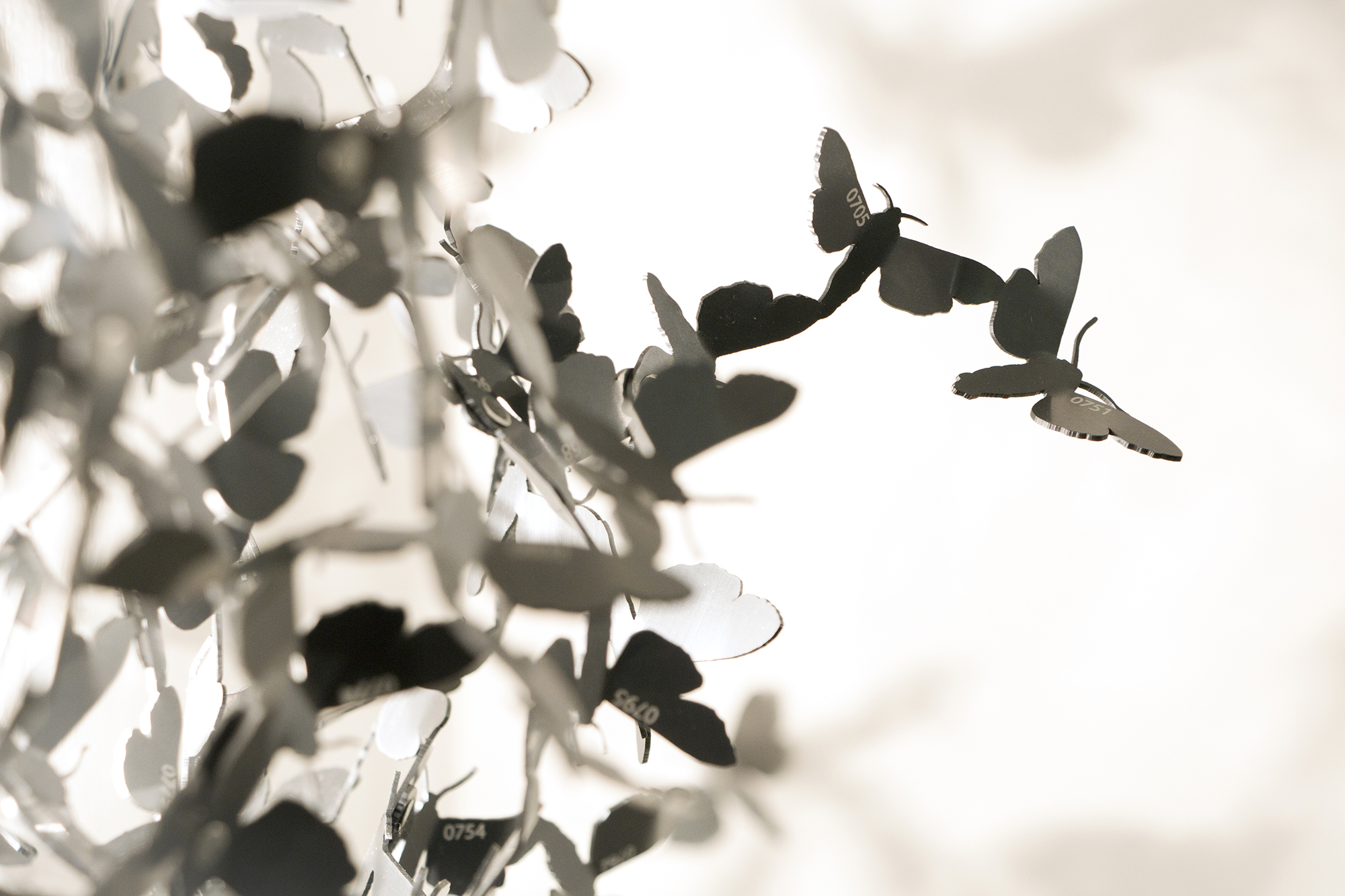