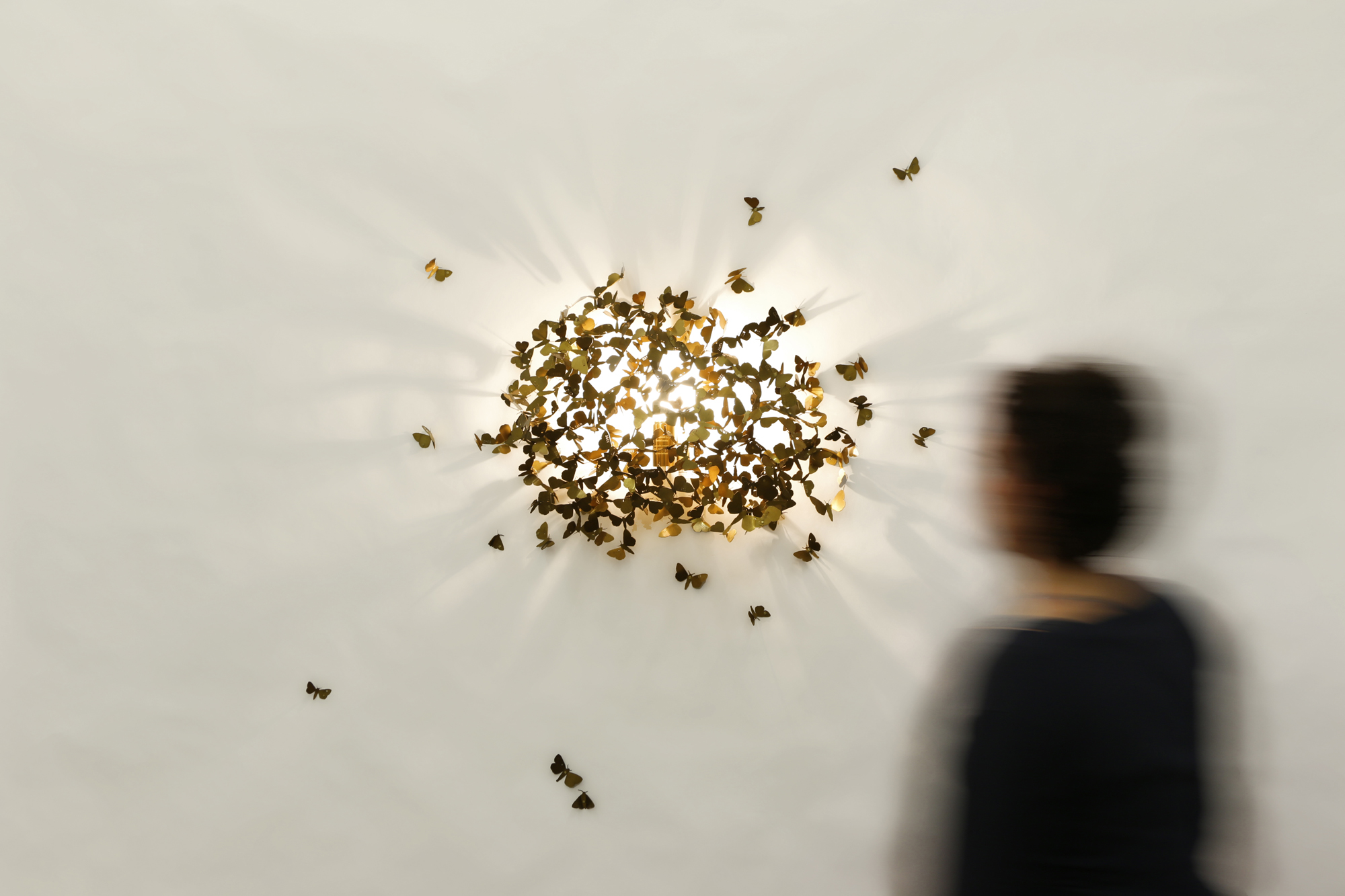 limitedMoths is part of the realLimited series. A rare Austrian moth species is portrait in a specific metal. As a huge swarm, the moths are flying towards a light bulb. Some single moths are placed randomly on the wall. Each moth is numbered and represents one moth left in reality. Each swarm (lamp) is unique. The number of the limited edition derives directly from nature. In dialogue with an Austrian entomologist, the number of specimens of each specific moths species, still occurring in nature, is estimated and reproduced in pure metal. As there is just a countable number of individual moths of that species left in Austria, there is always just a certain amount of lamp installations. A part of the generated money goes to the project ‘Baumpension’ (retired tree) or ‘Naturfreikauf’ (nature retrieval) by the Naturschutzbund Austria, which protects old dying trees as habitat for fungi, moss and insects.

realLimited – general description
Inspired by limited editions, the project realLimited connects limitation back to realistic facts. It is about limite editions that reflect limitations in reality: untouched nature, maintained traditions, old craftsmanship, languages and dialects… The main idea is to get inspired from these limitations, to start using and revitalizing them and to encourage their further being or to mirror and interpret the limitation, if use is not directly possible. realLimited should show that Design can be functional and beautiful, not just in an object, but also for the idea it stands for. The realLimited concept can be applied to several topics as for example: wild nature, old nearly forgotten techniques and craftsmanship or endangered domestic animals, plants and their products. The first executed realLimited-project endangered species are translated into limited editions of products. Each single product, or element of a product, represents one individual being.  A percentage of the money generated by selling the limited editions goes to environmental projects that try to save the selected species. Ideally the editions of products would be re-edited every few years, mirroring the species development. If the population increases in number, the edition does as well. 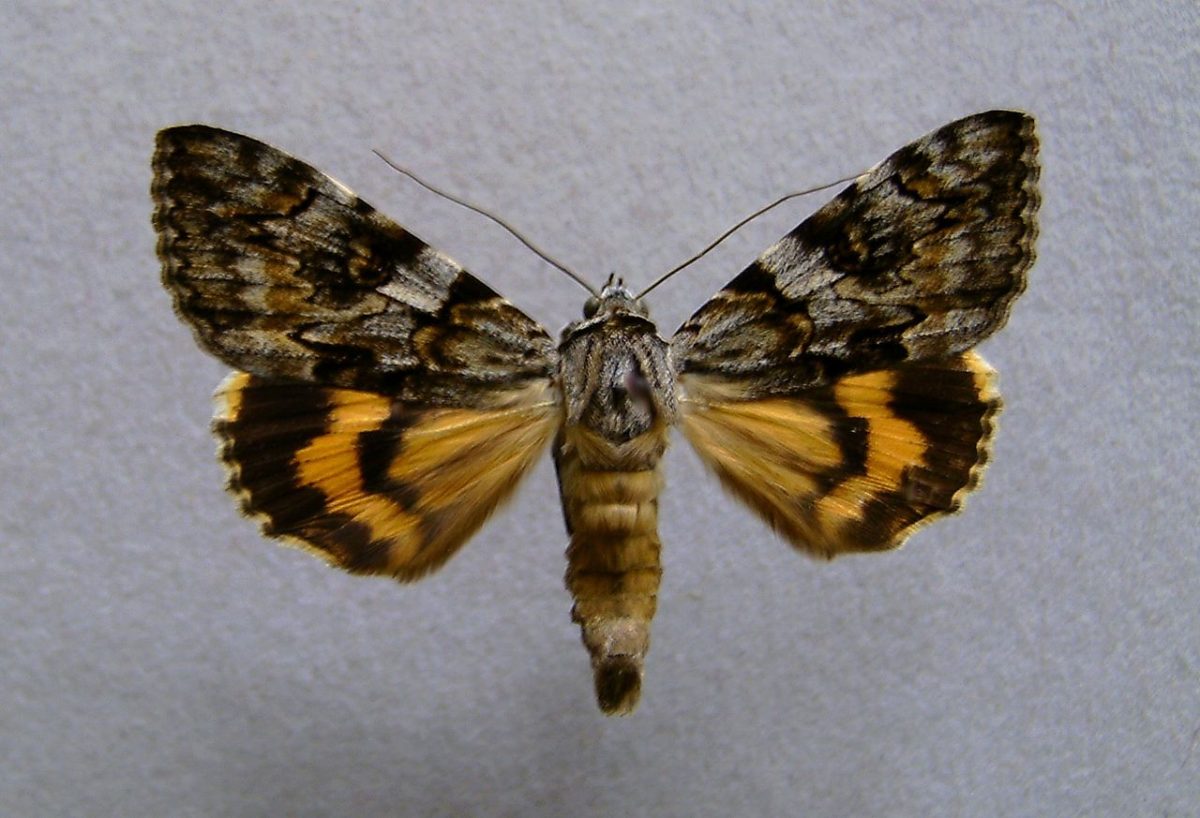 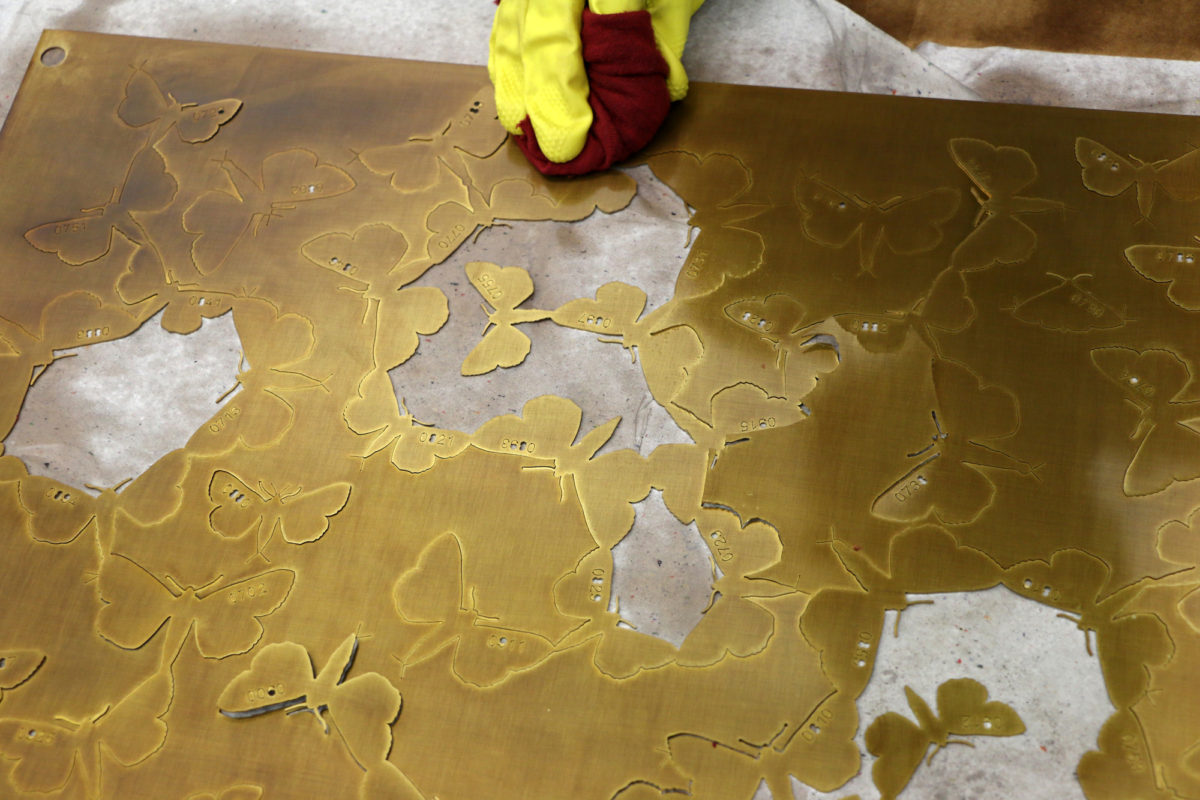 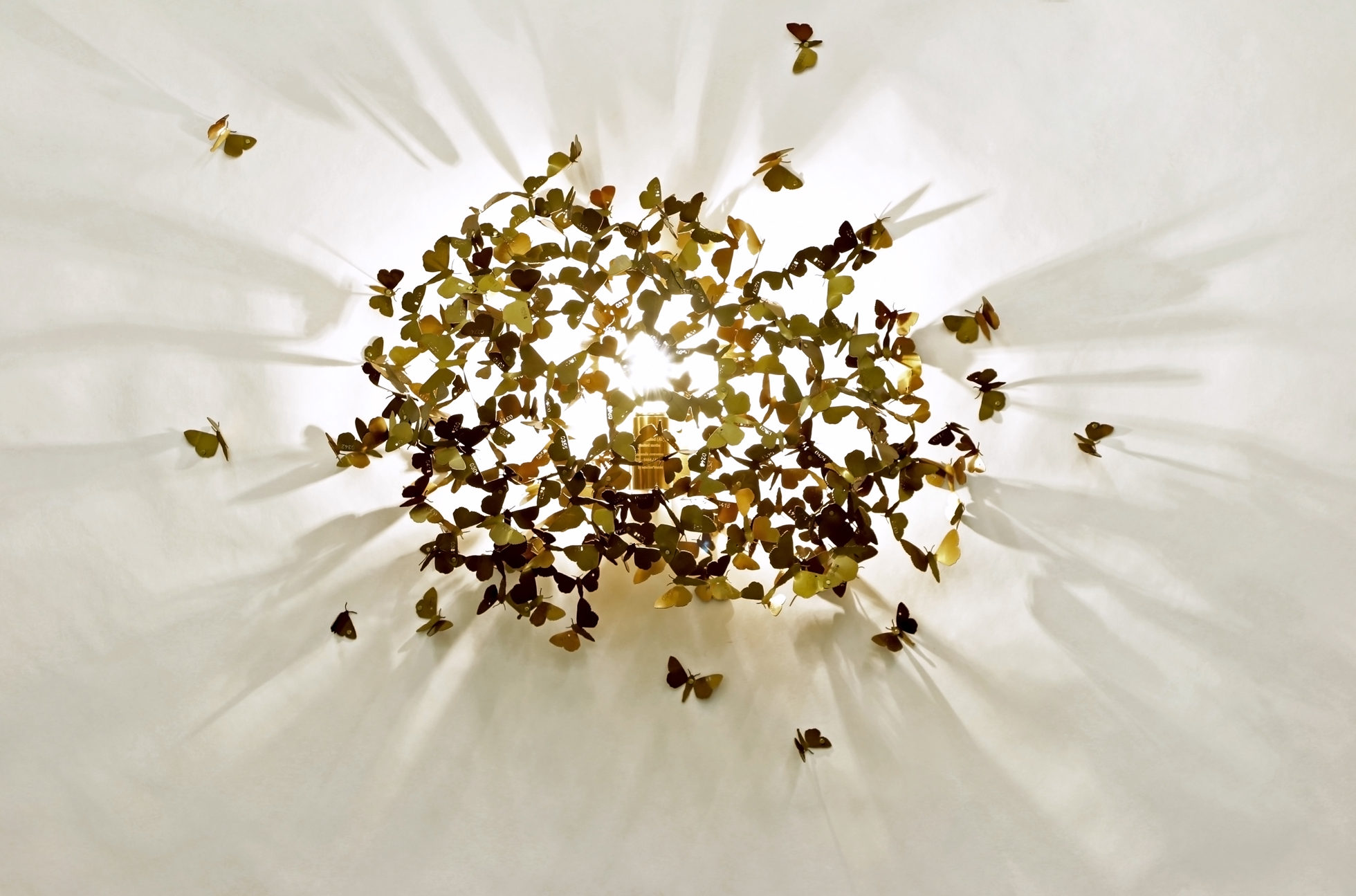 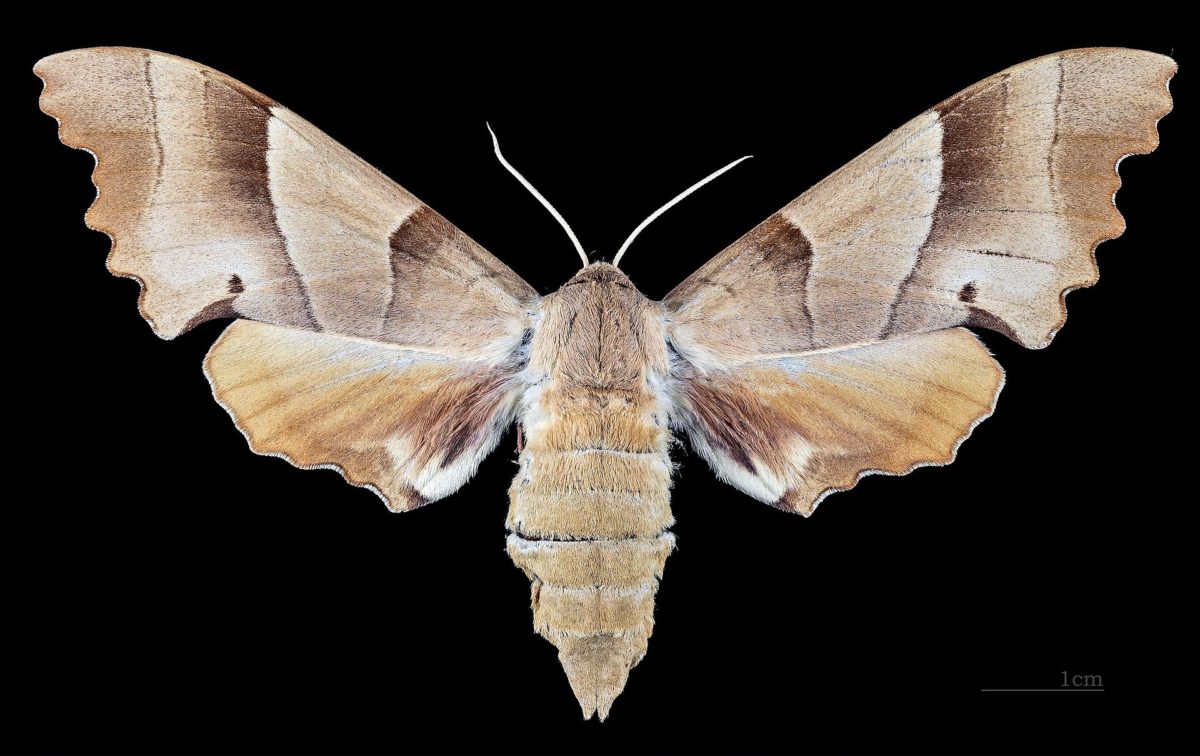 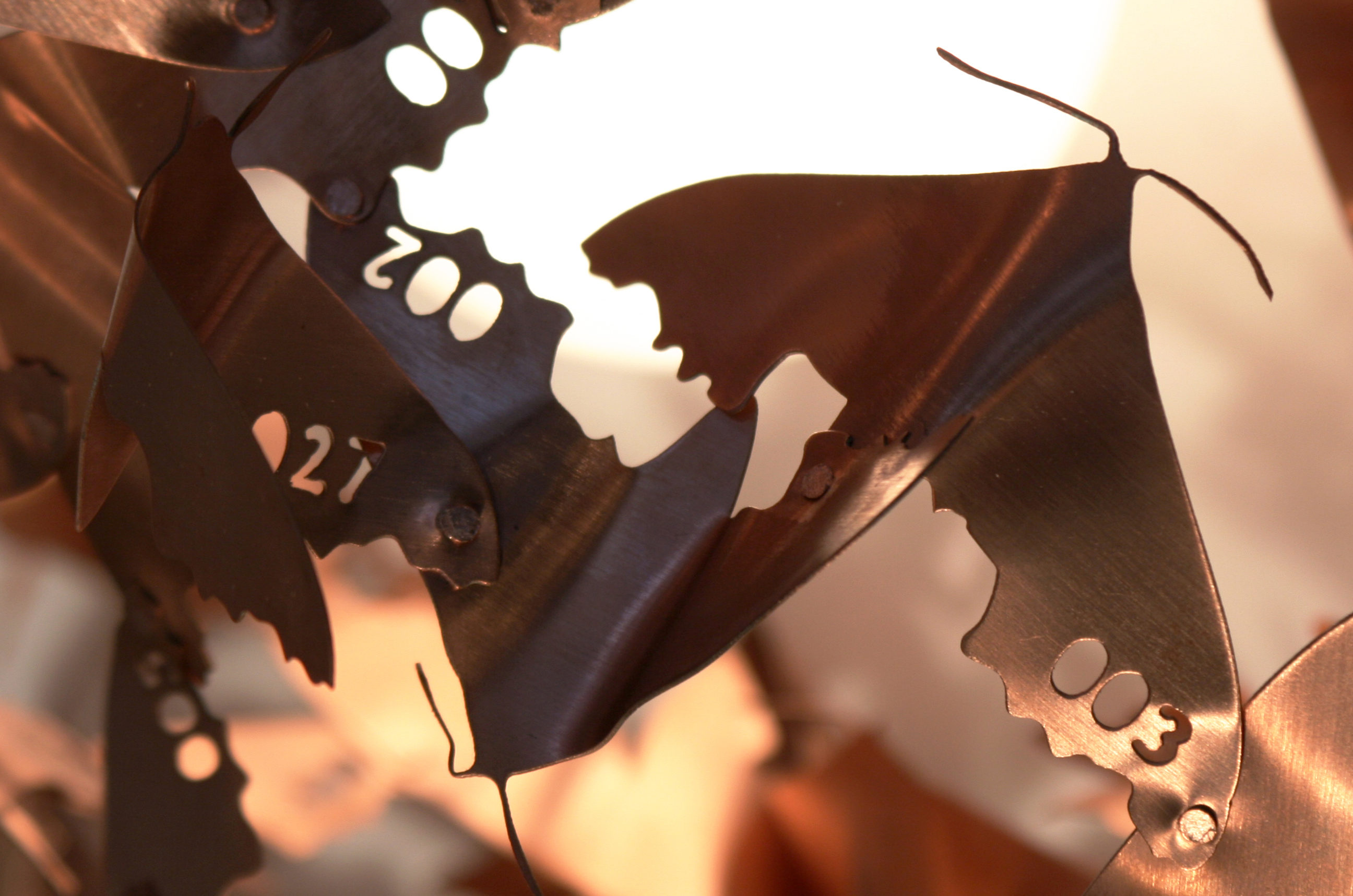 detail of the first limitedMoths, murumba quercus in copper 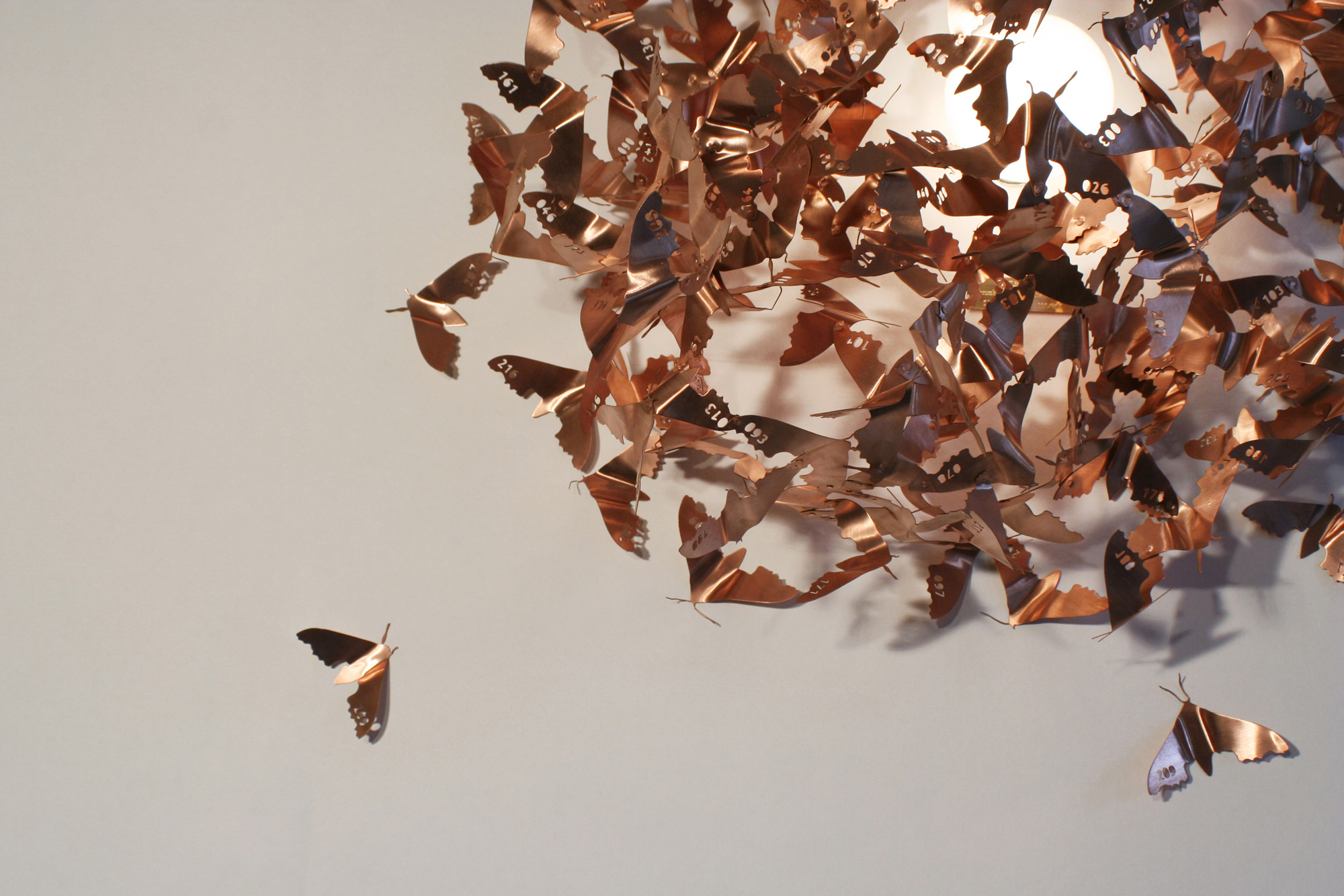 detailed view of the illuminated lamp, murumba quercus in copper

A rare Austrian moth species is portrait in a specific metal. As a huge swarm, the moths are flying towards a light bulb. 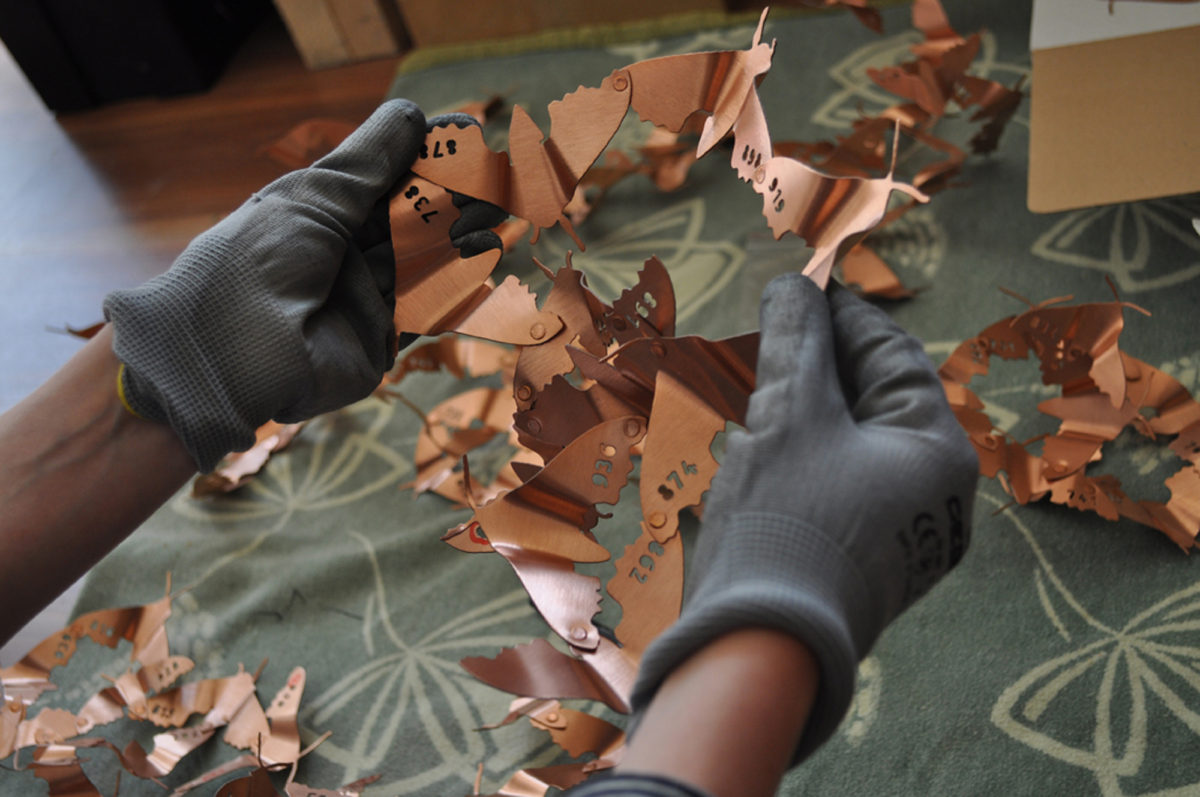 the wings are bent, that the moths look more natural 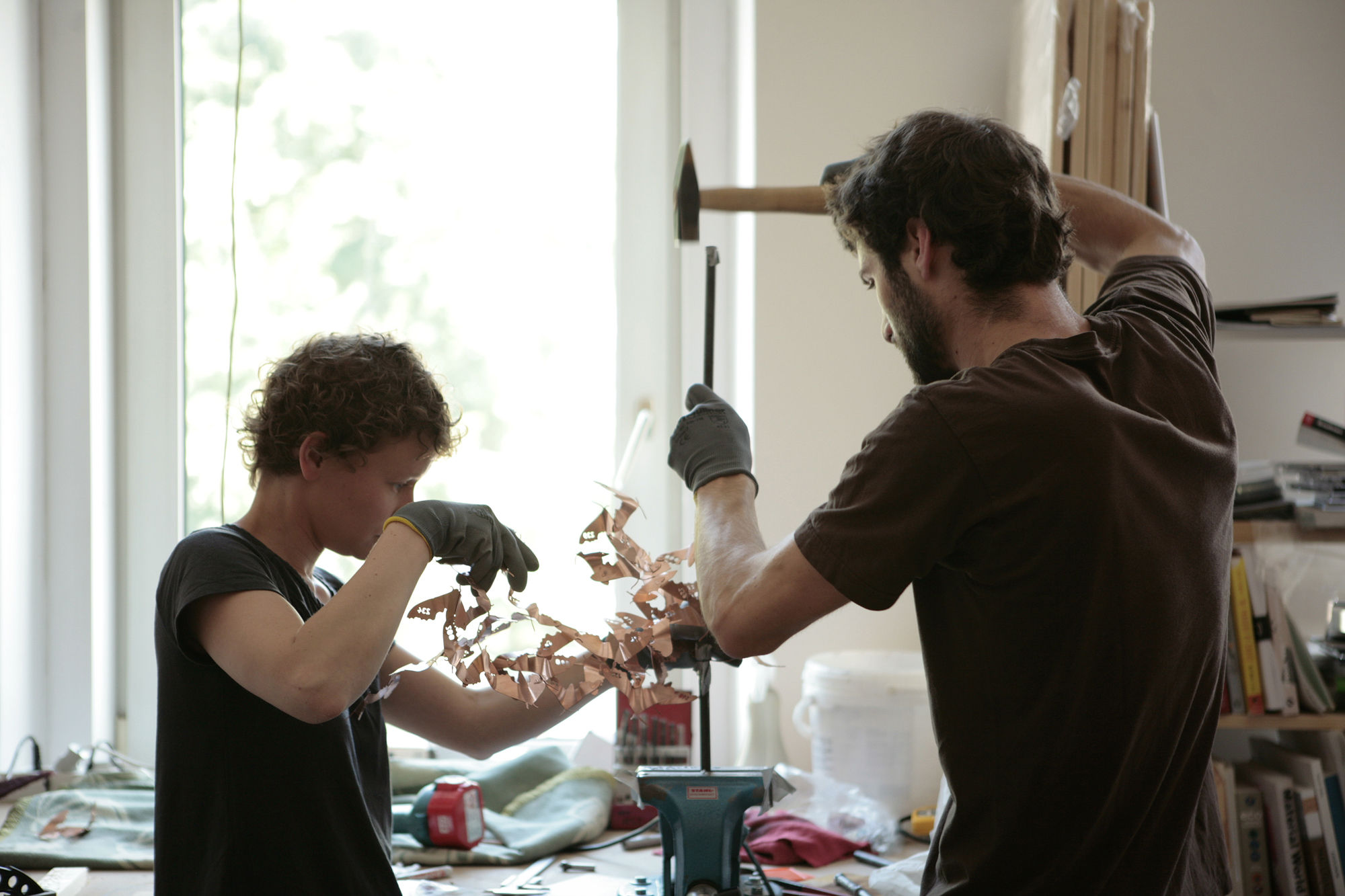 rivetting of the first limitedMoths, murumba quercus in copper 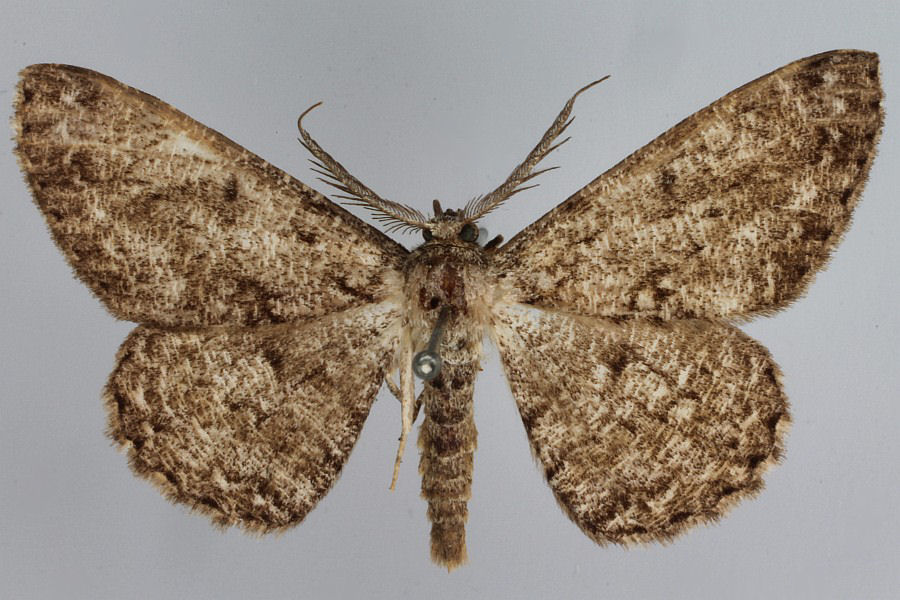 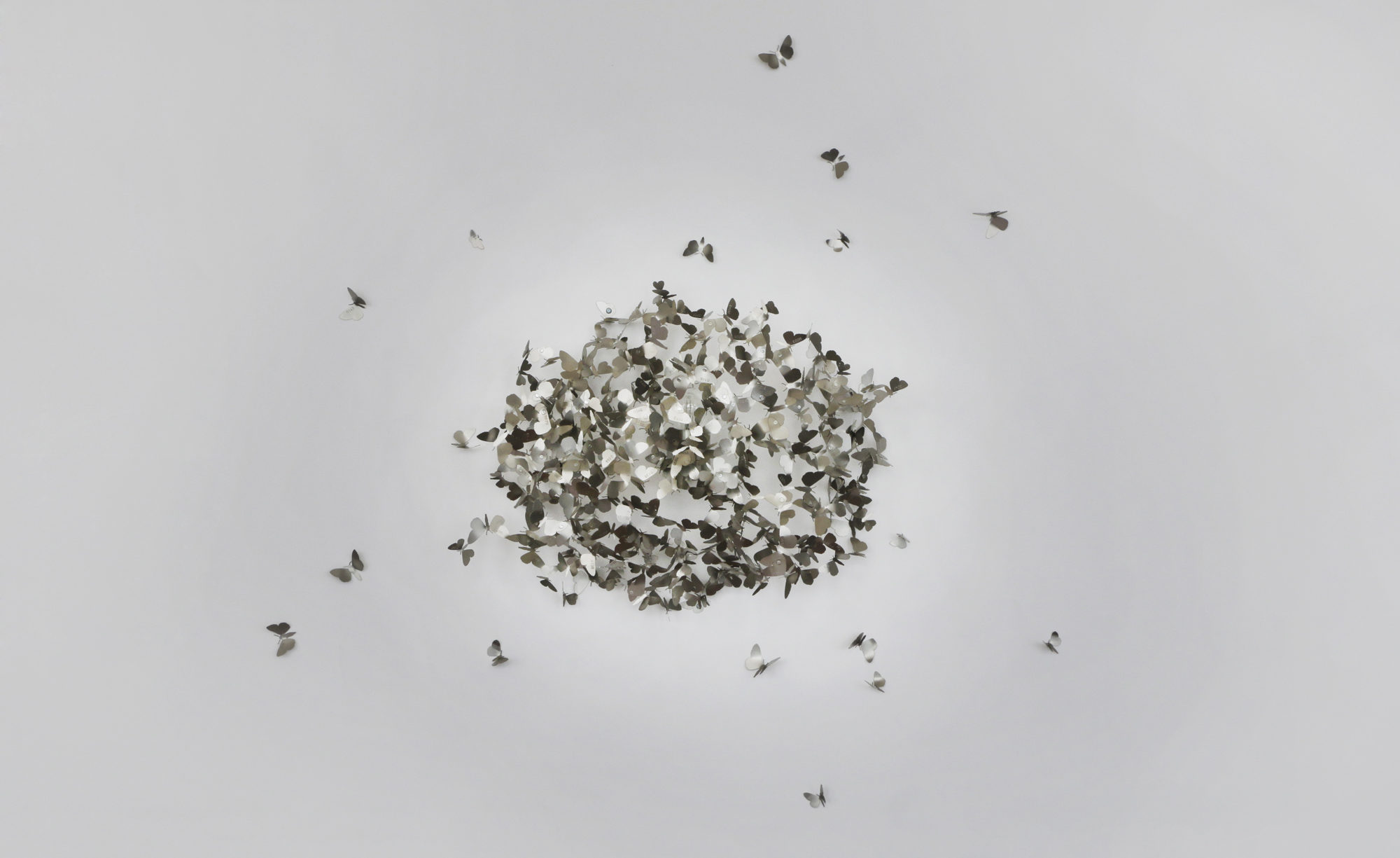 Each moth is numbered and represents one moth left in reality. Each swarm is unique. 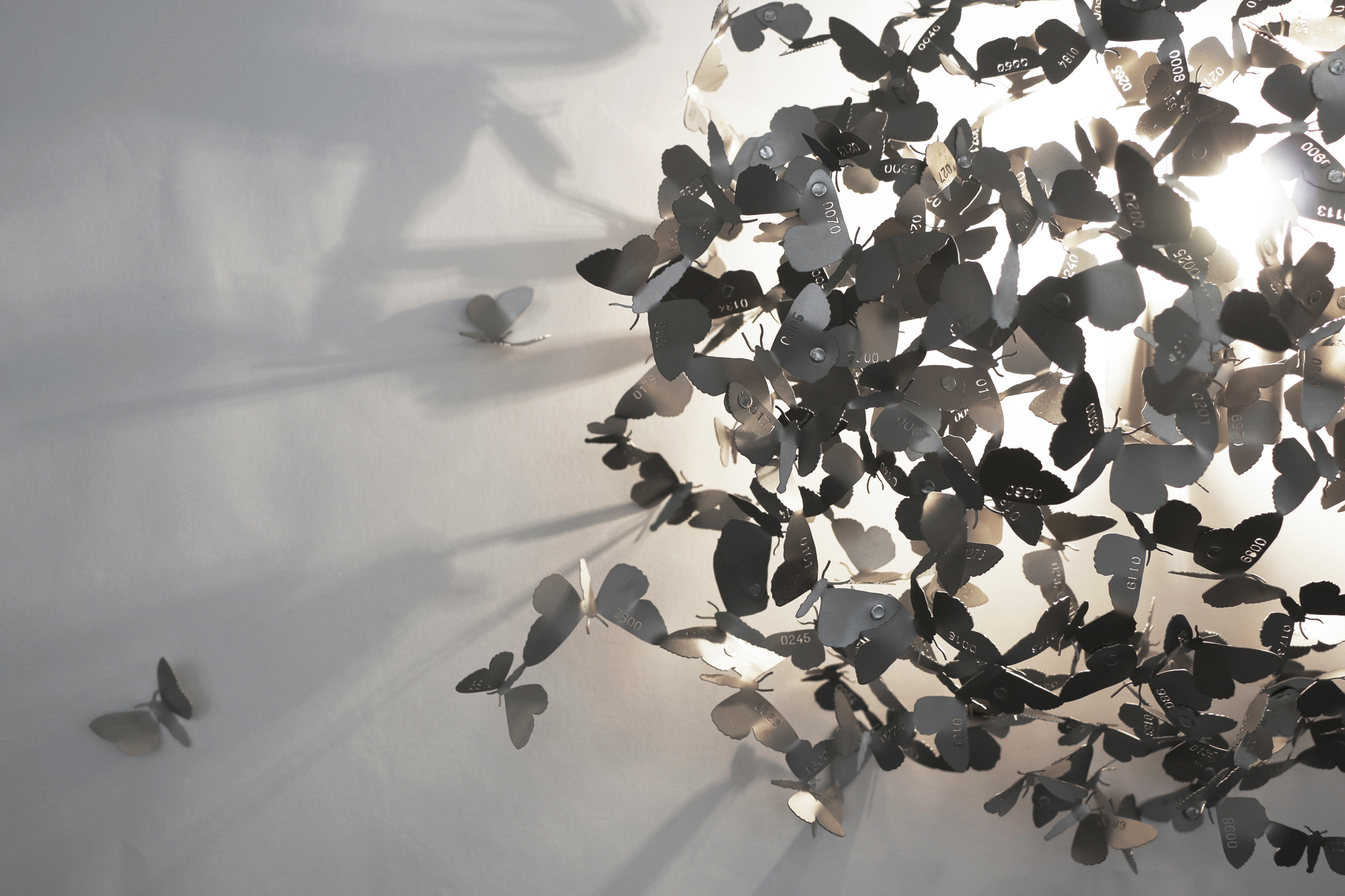 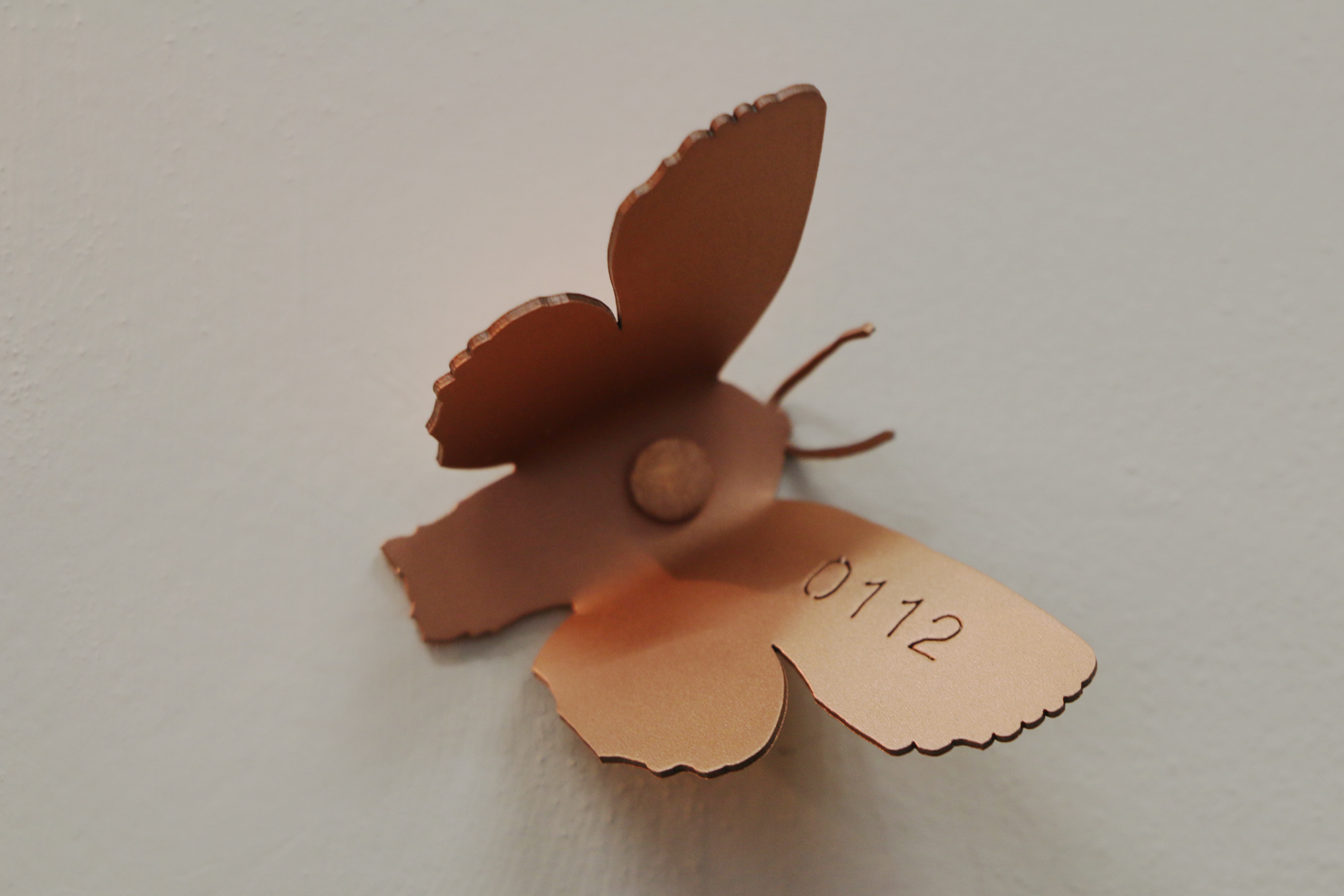 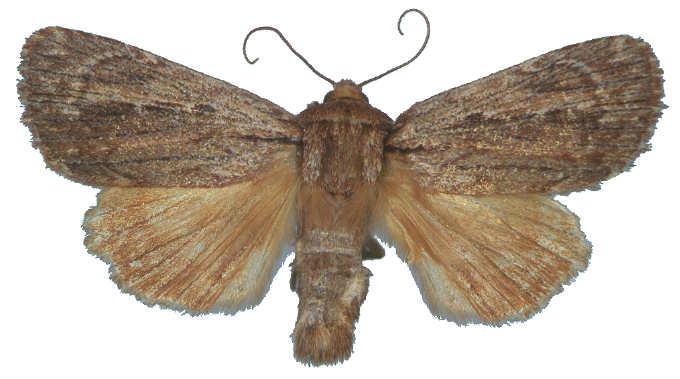 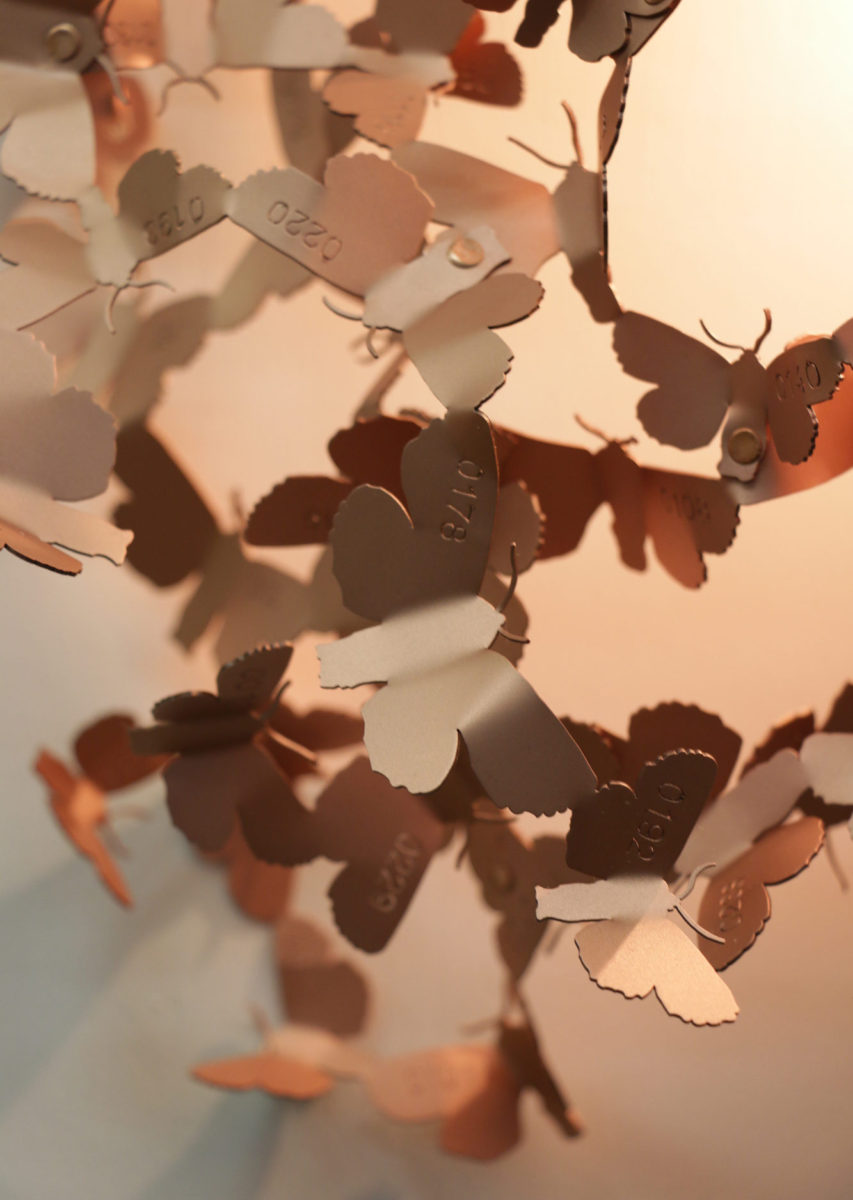 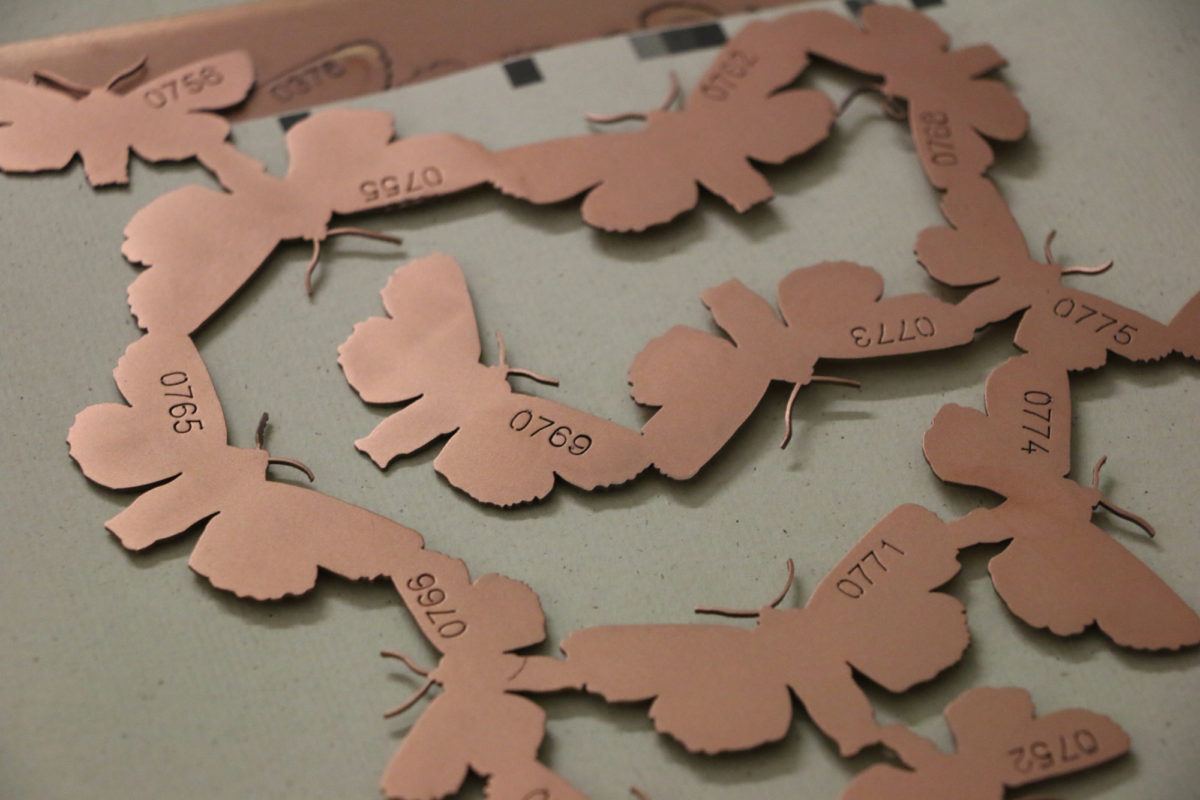 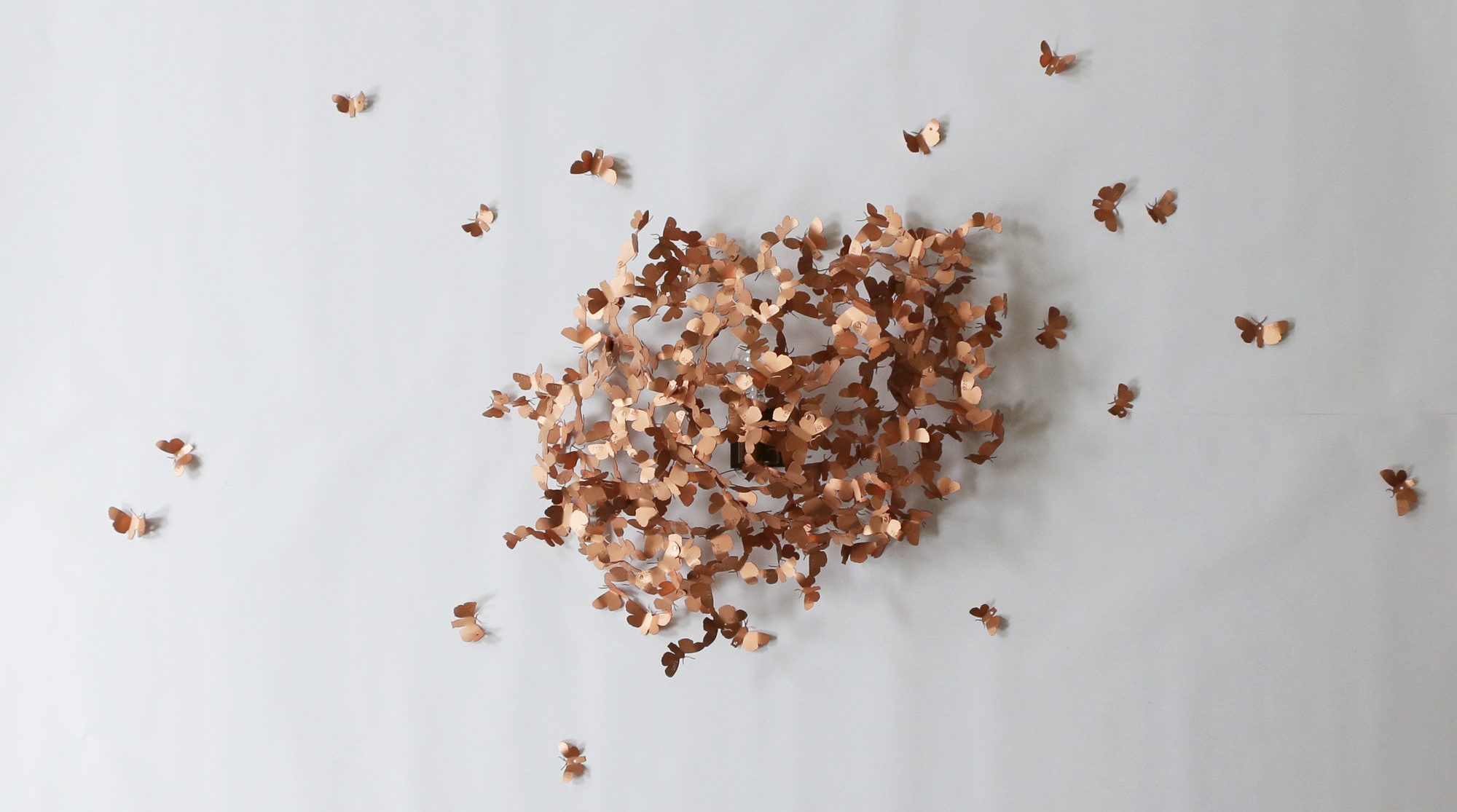 front view of the lamp, pyrois cinnamomea in sandblasted copper 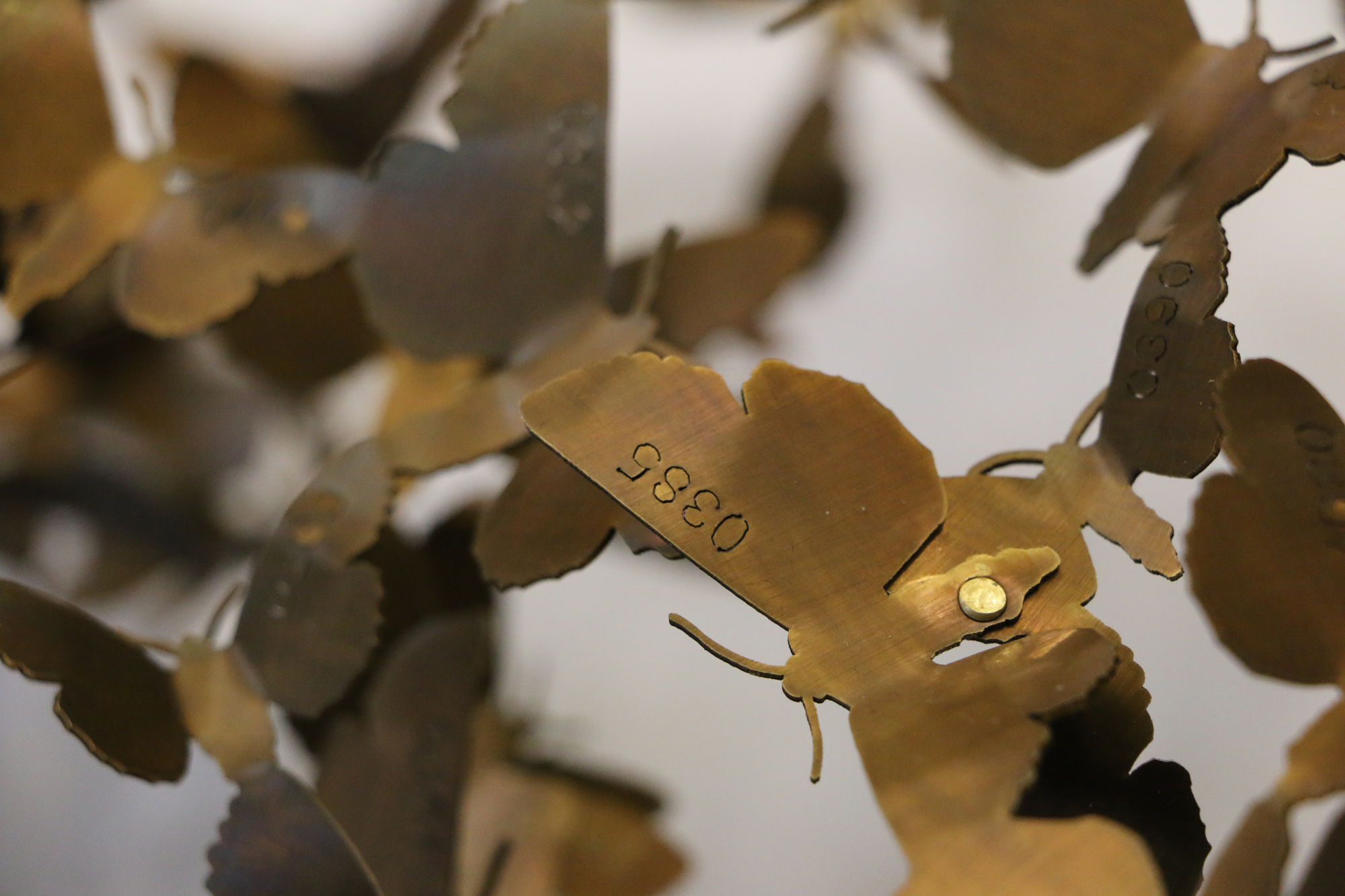 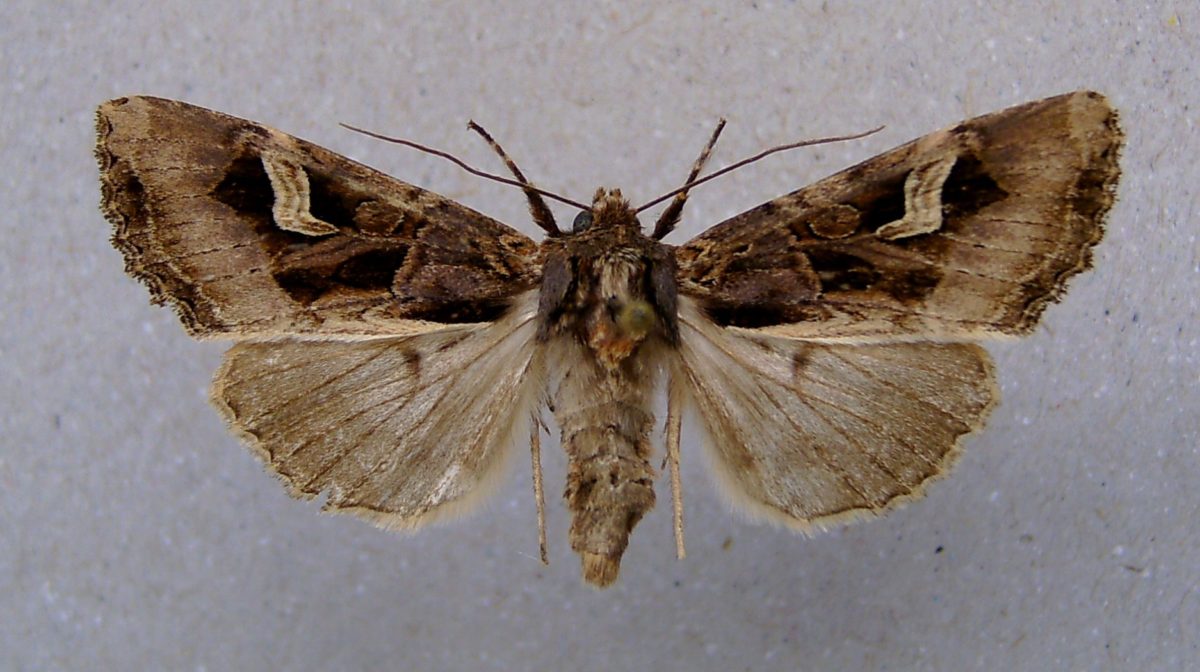 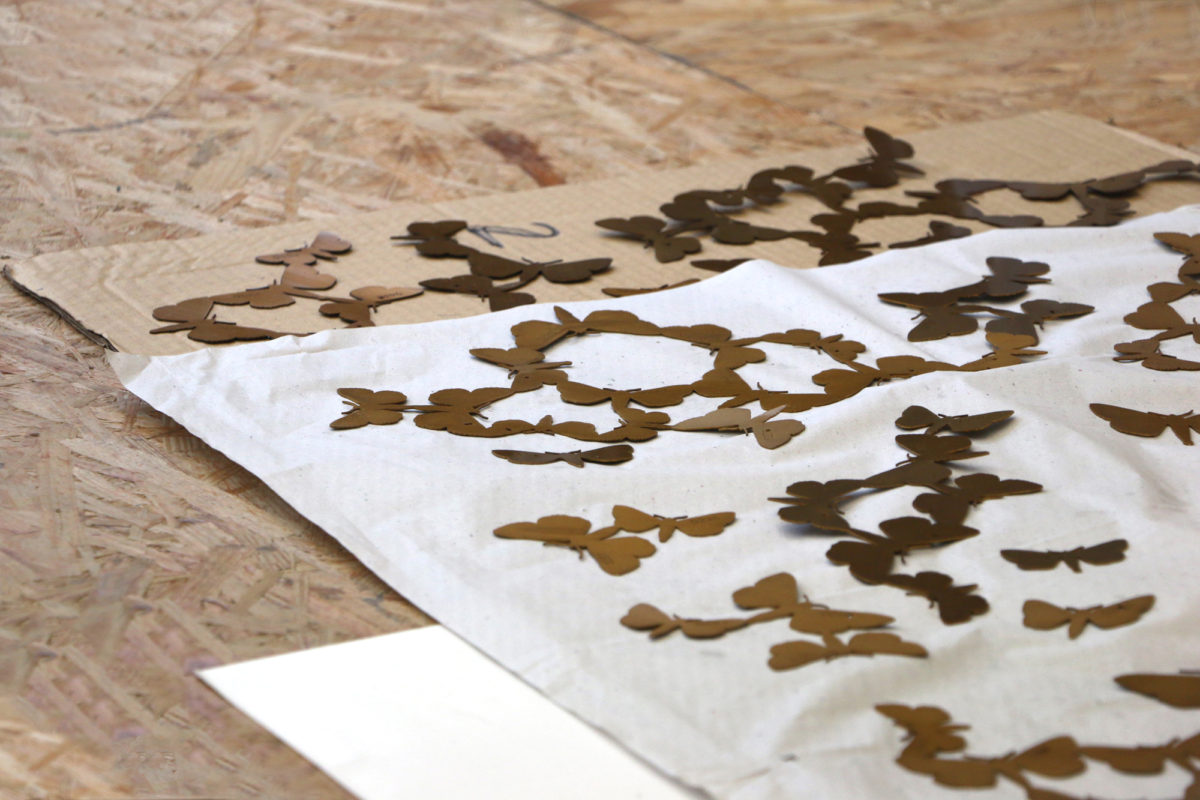