a console table, where the design is based on the production steps of the craftsman 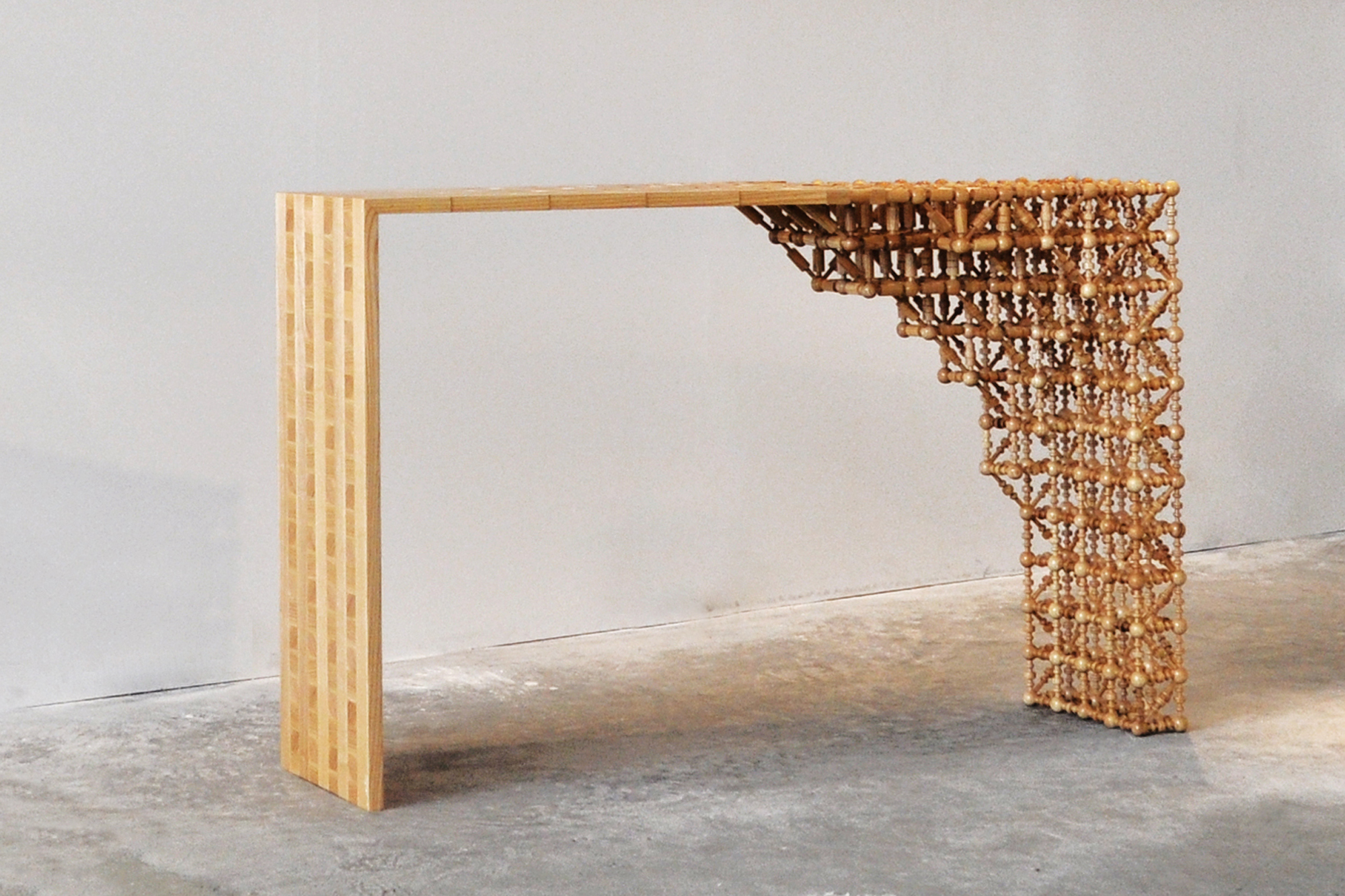 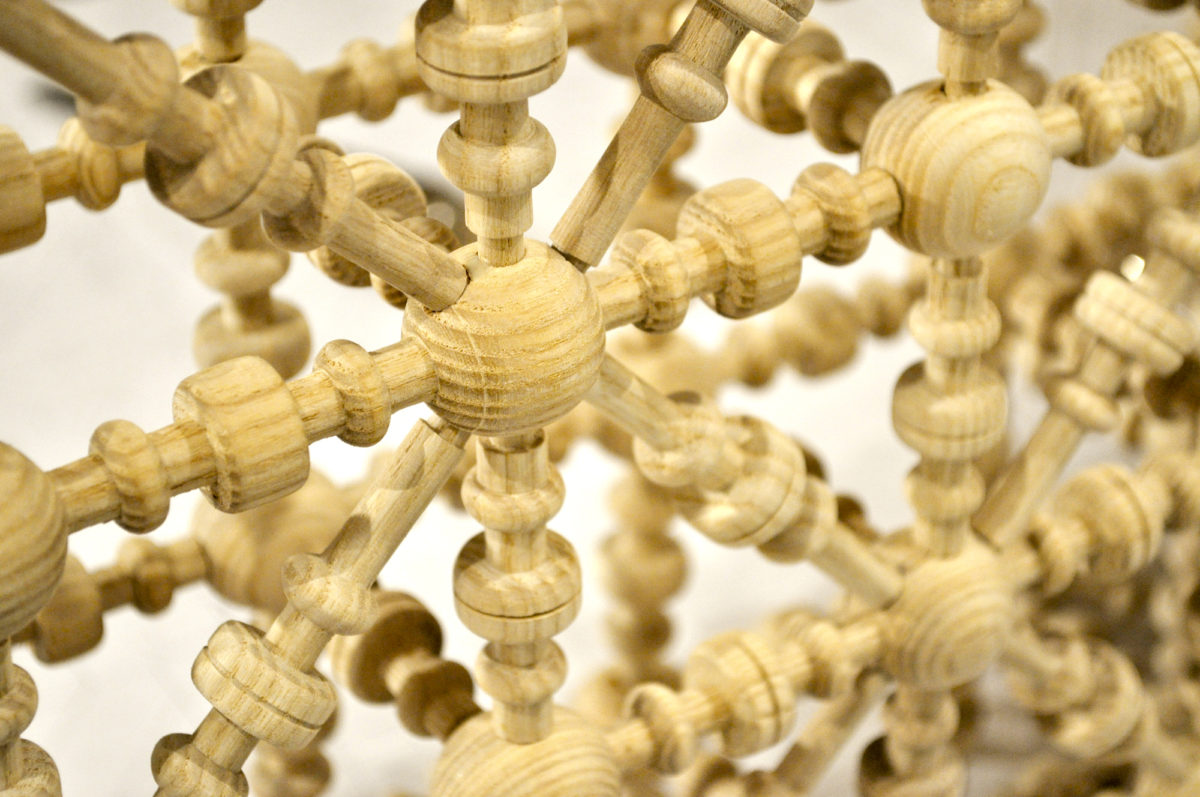 detail of the three-dimensional constructed mashrabiya

Commissioned by Carwan Gallery, mischer’traxler studio was teamed up with an expert woodworker in Lebanon to redefine the constructive system of the traditional mashrabiyas – delicate wooden window screens often found in North African and Middle Eastern architecture. Inspired by the process of lathing the small wooden parts of mashrabiyas, the  focus of the project was on exposing the many steps of production, to make the craftsmen’s work visible and understandable to the observer. The result – a sideboard table – is composed of a network of more than 650 distinct pieces of manually lathed wood. From rectangular slats to refined decorative elements, all stages are visible within the one object. The single pieces become increasingly more defined, detailed and fragile, but at the same time the structure gets progressively more three-dimensional. 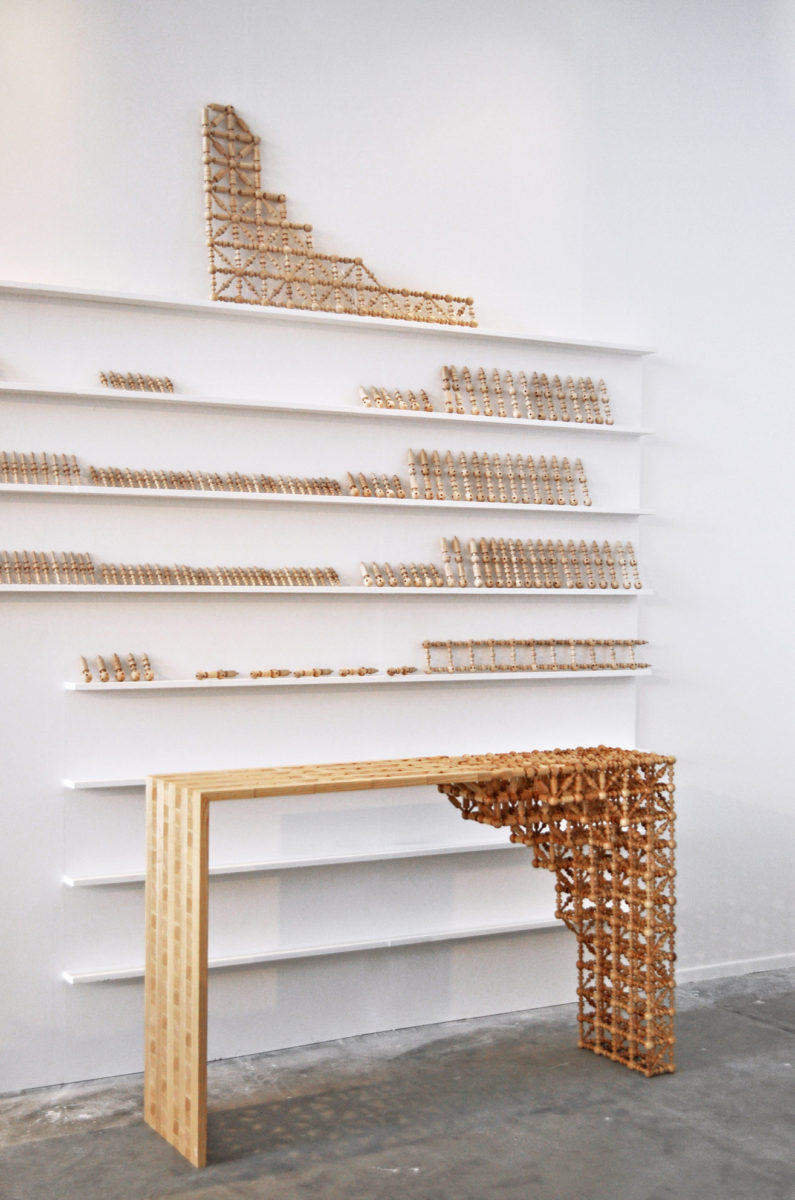 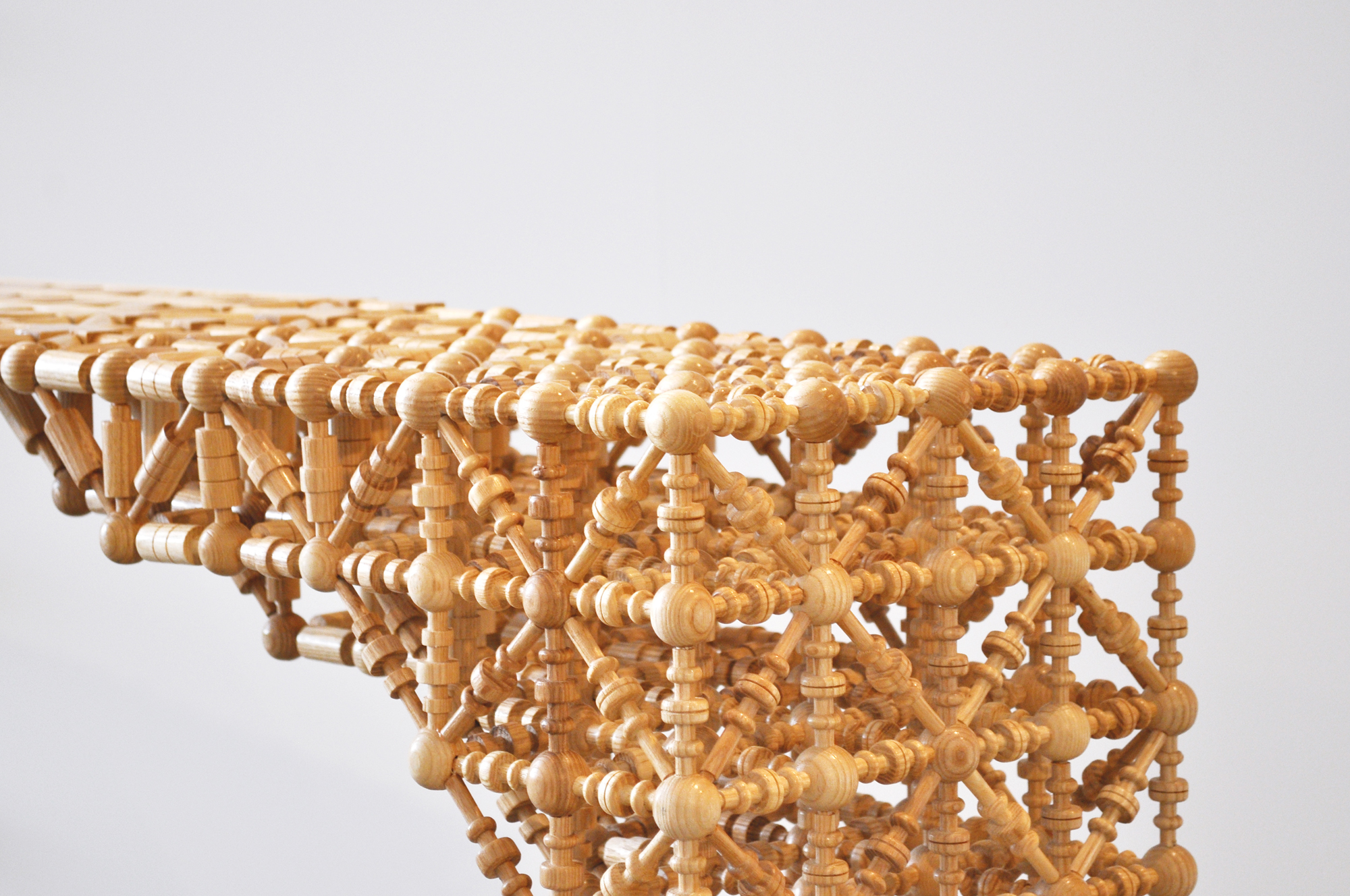 translating all the production-steps a craftsman naturally does when producing a mashrabiya, into one transitional side-table that uses and showcases all these steps 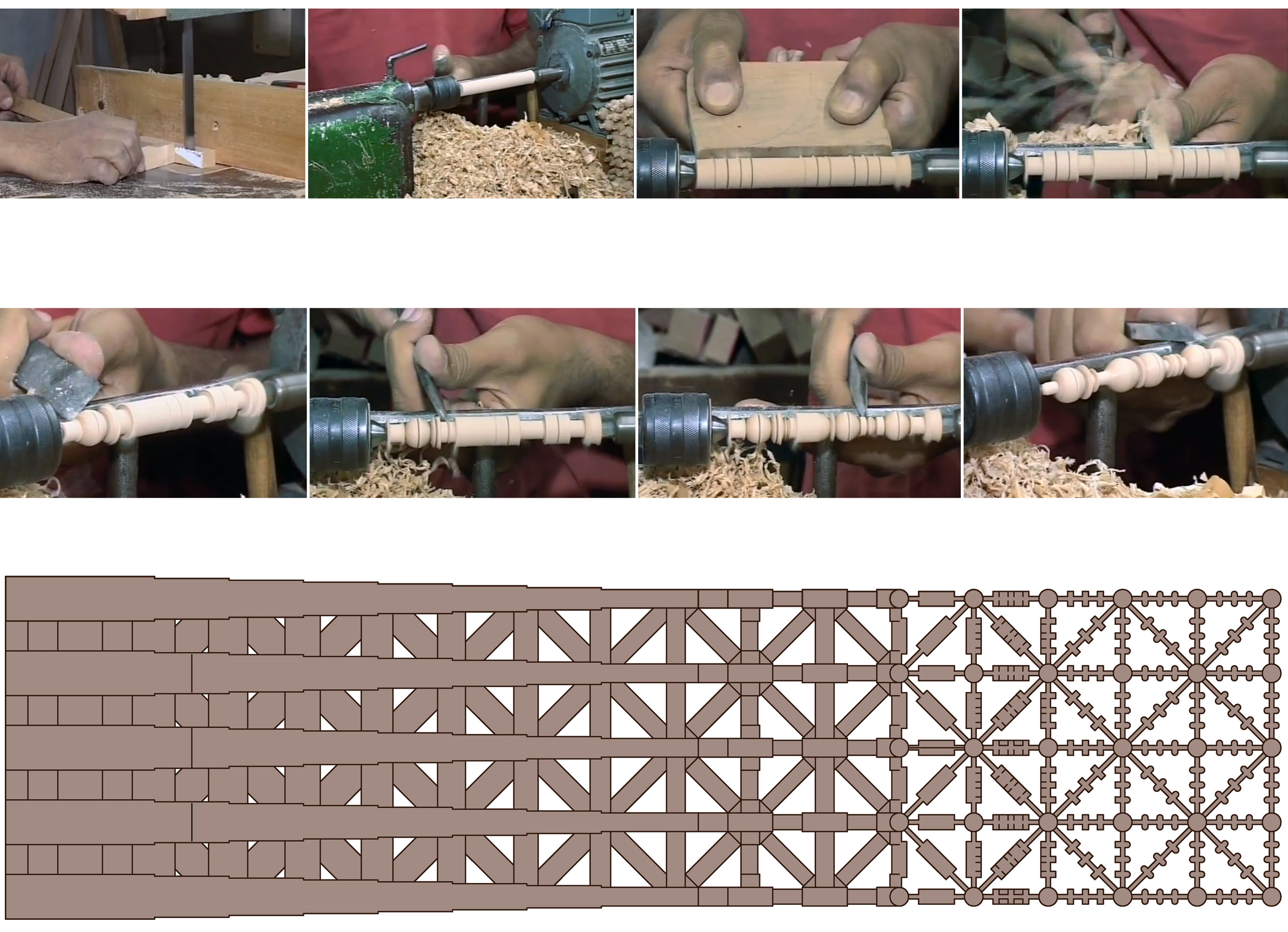 inspiration: making of traditional mashrabiya and the topview of the table showing the transition from squared to detailled 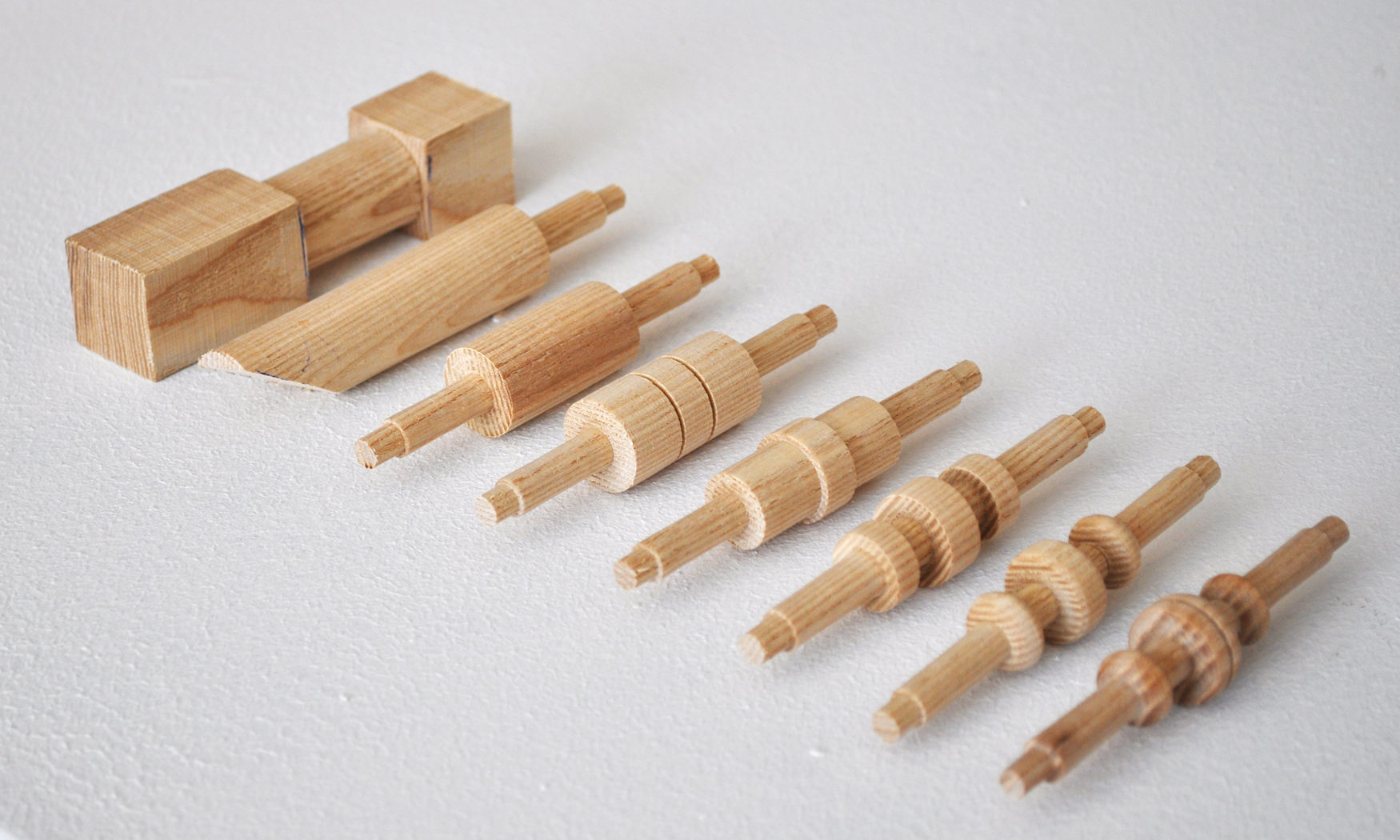 various pieces from one table: from squared and simple - to decorative and detailed 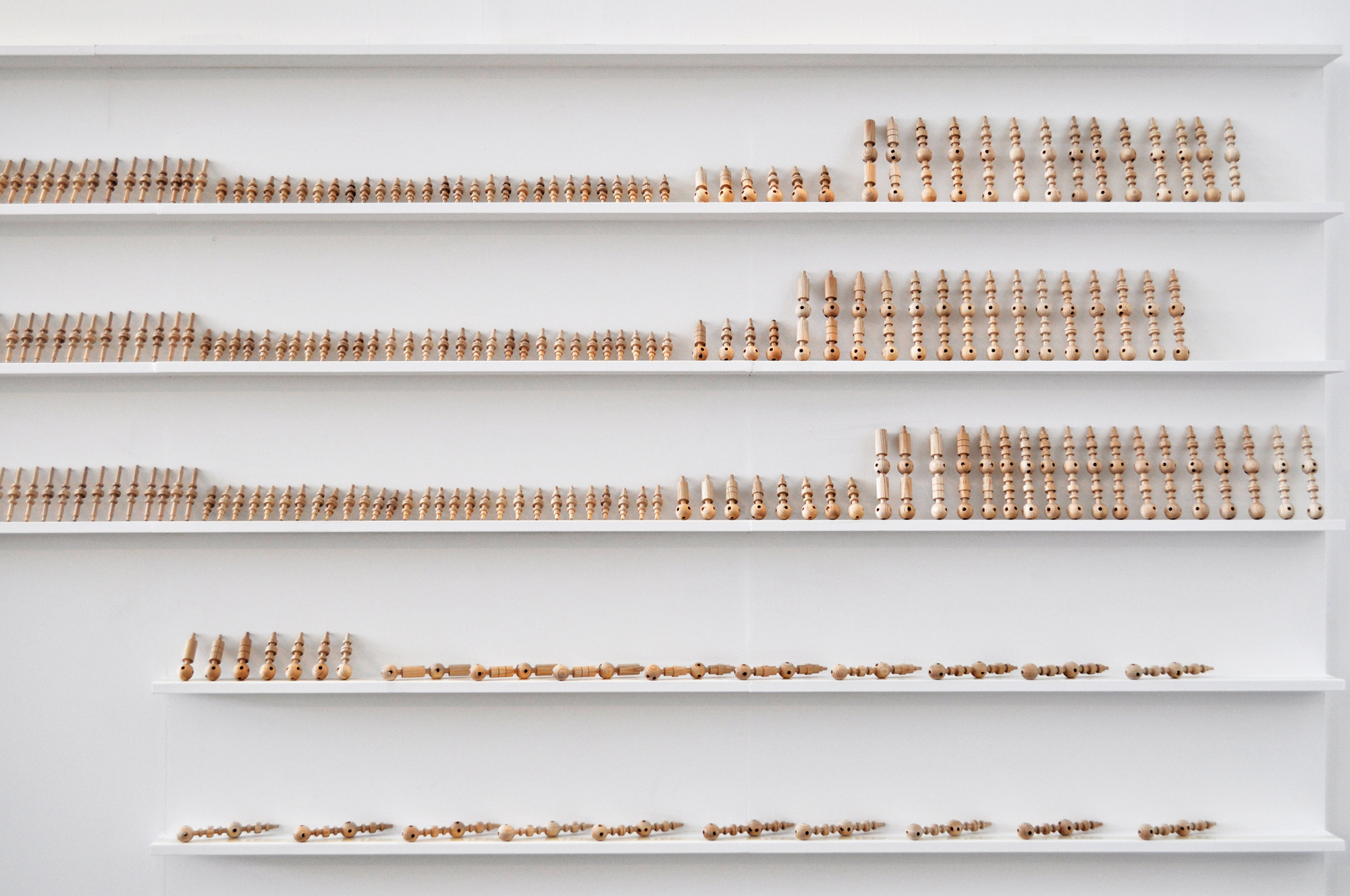 some of the pieces that are used for one table 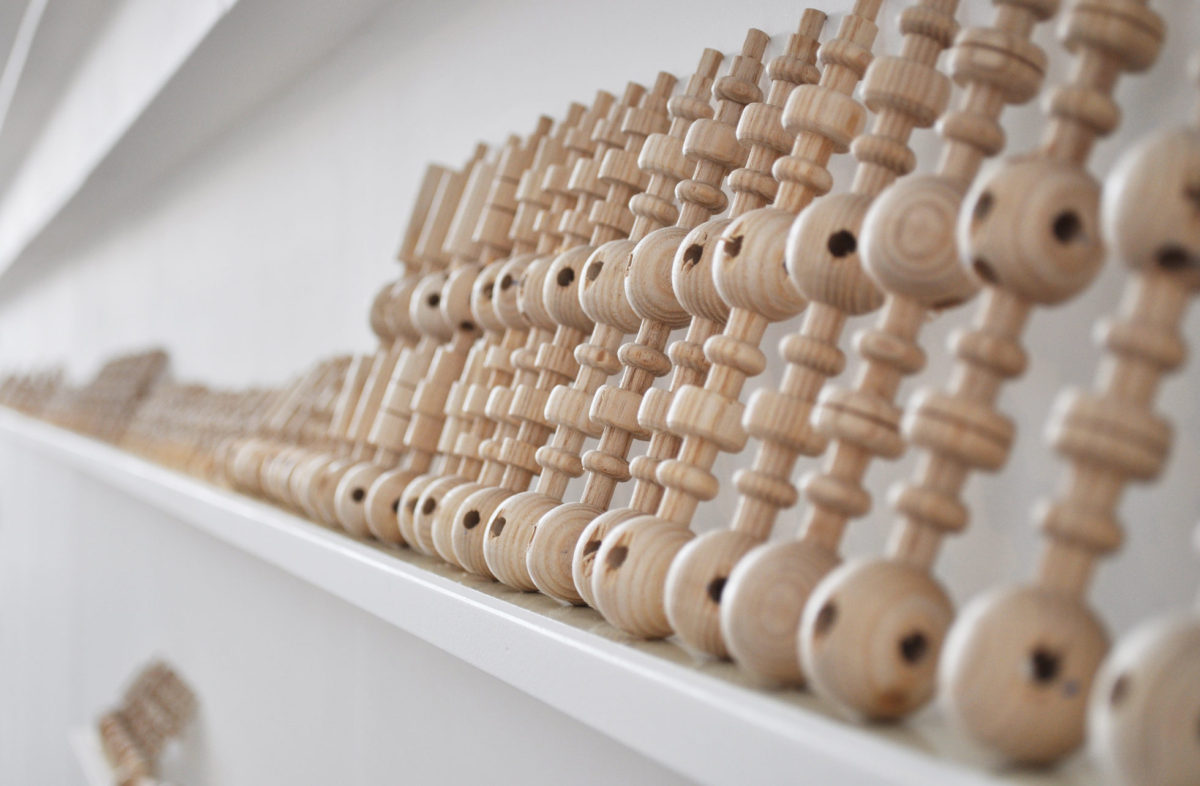 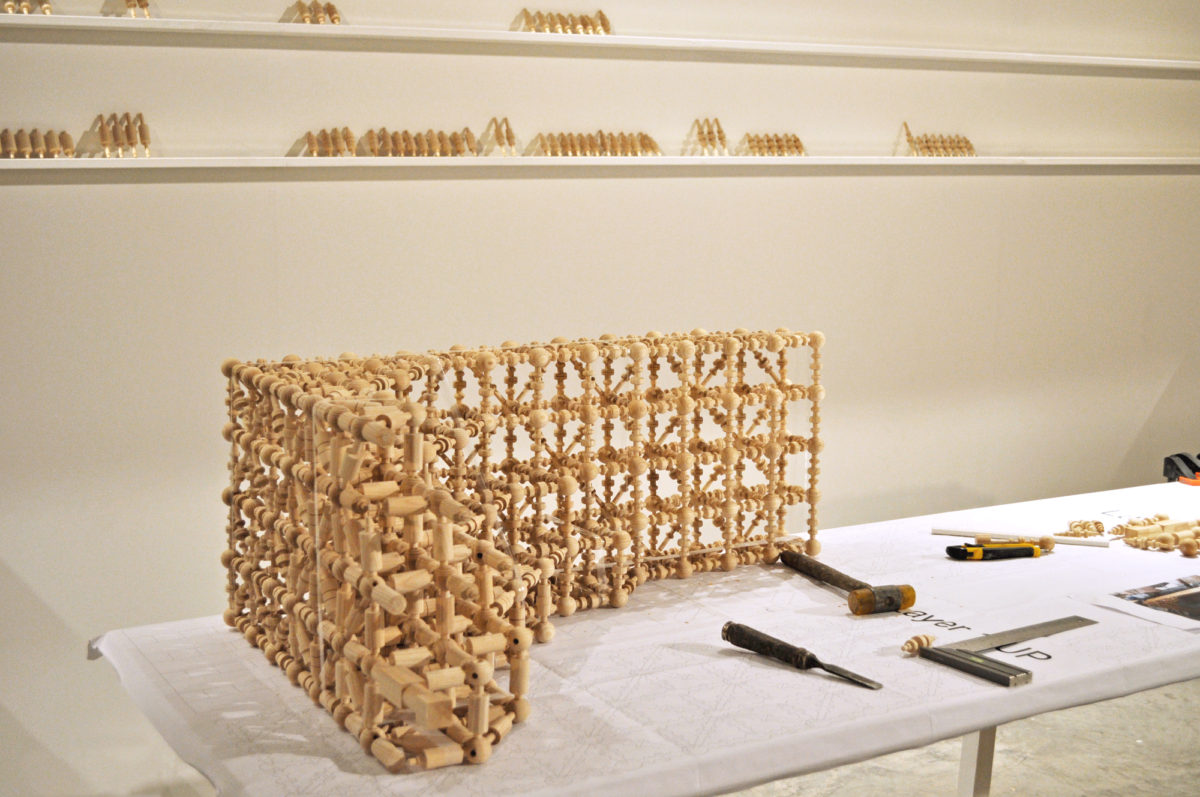 work in progress during the assembly 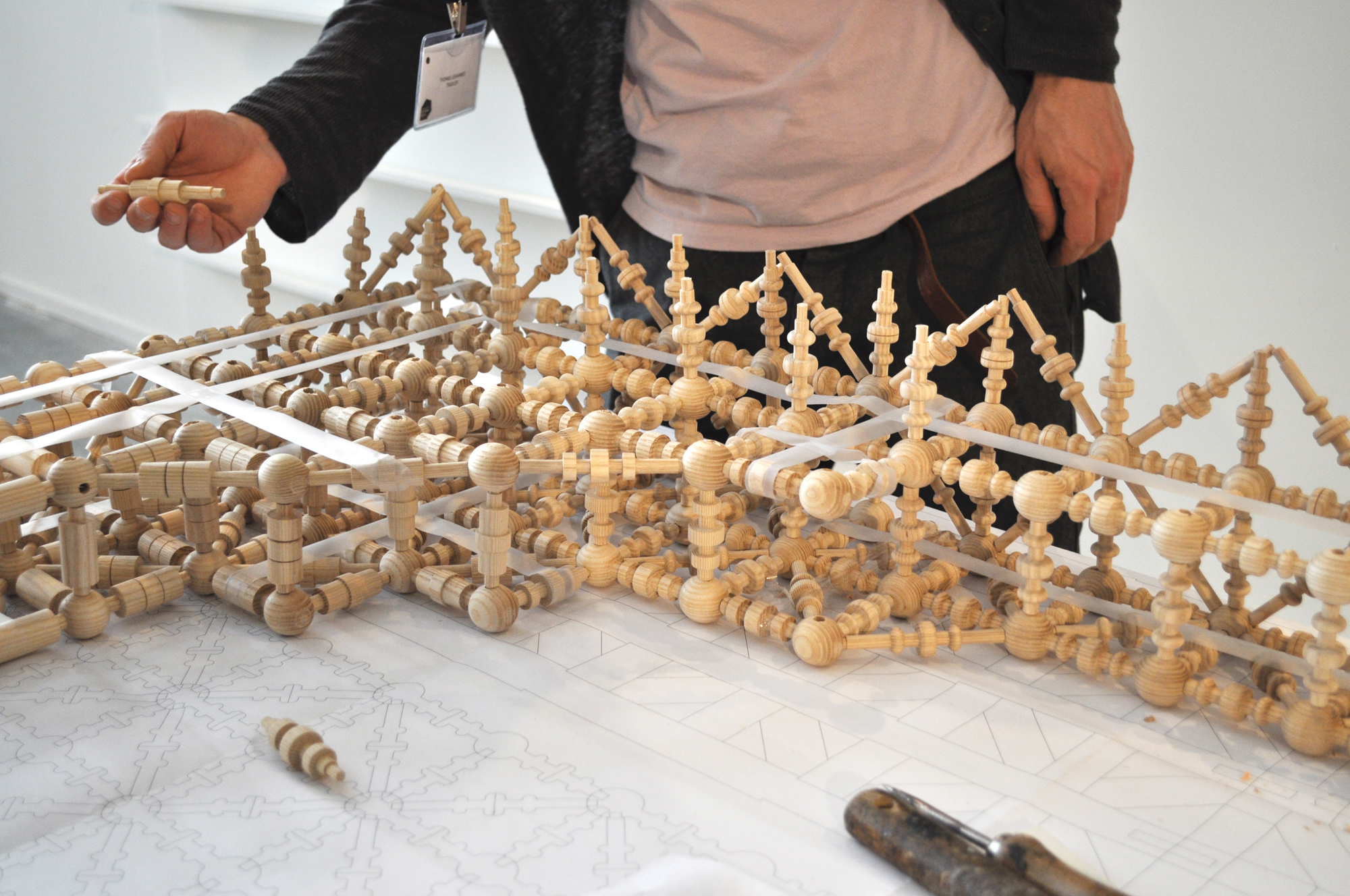 snapshot taken at Design Days Dubai when assembling one table 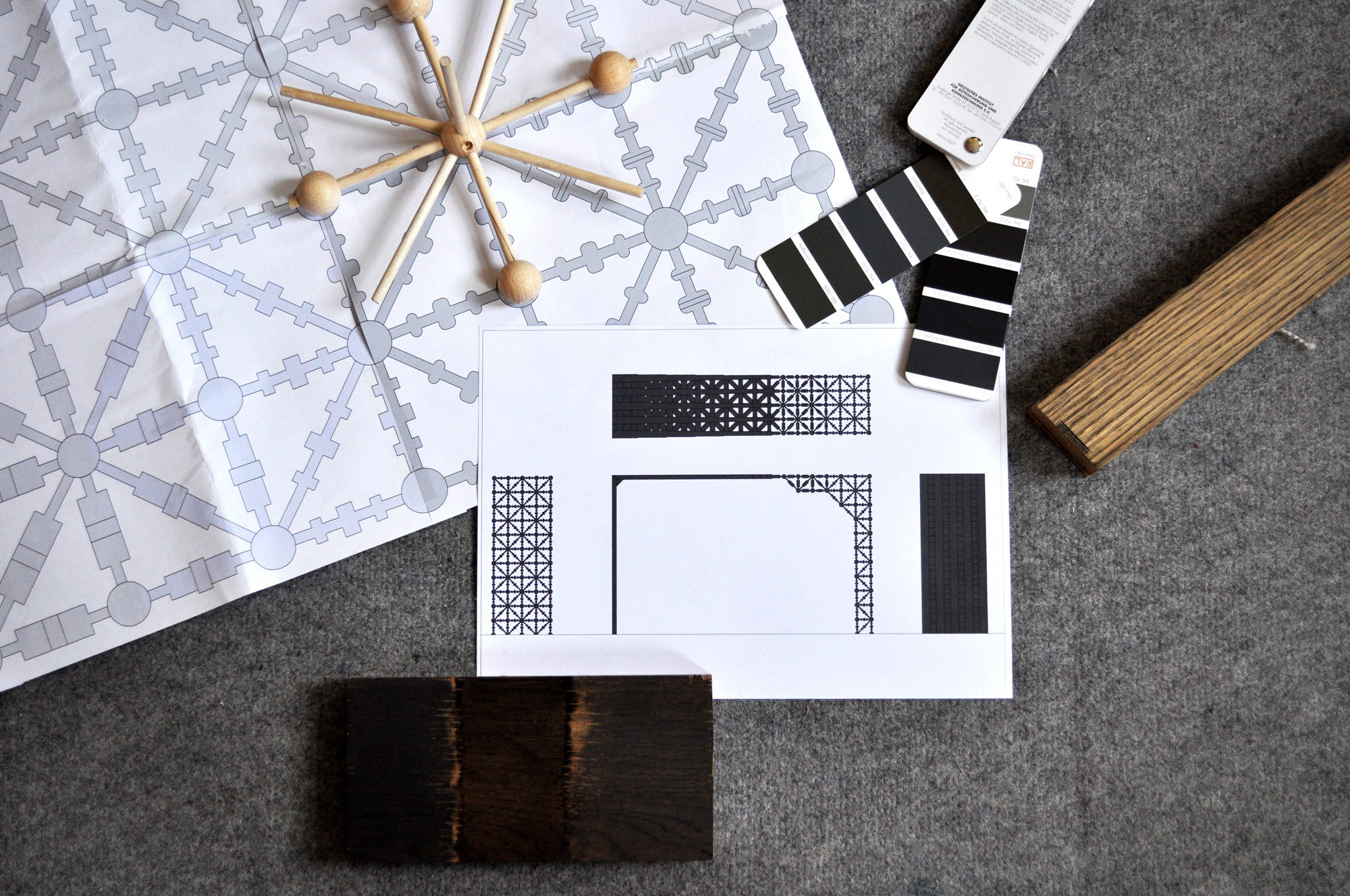