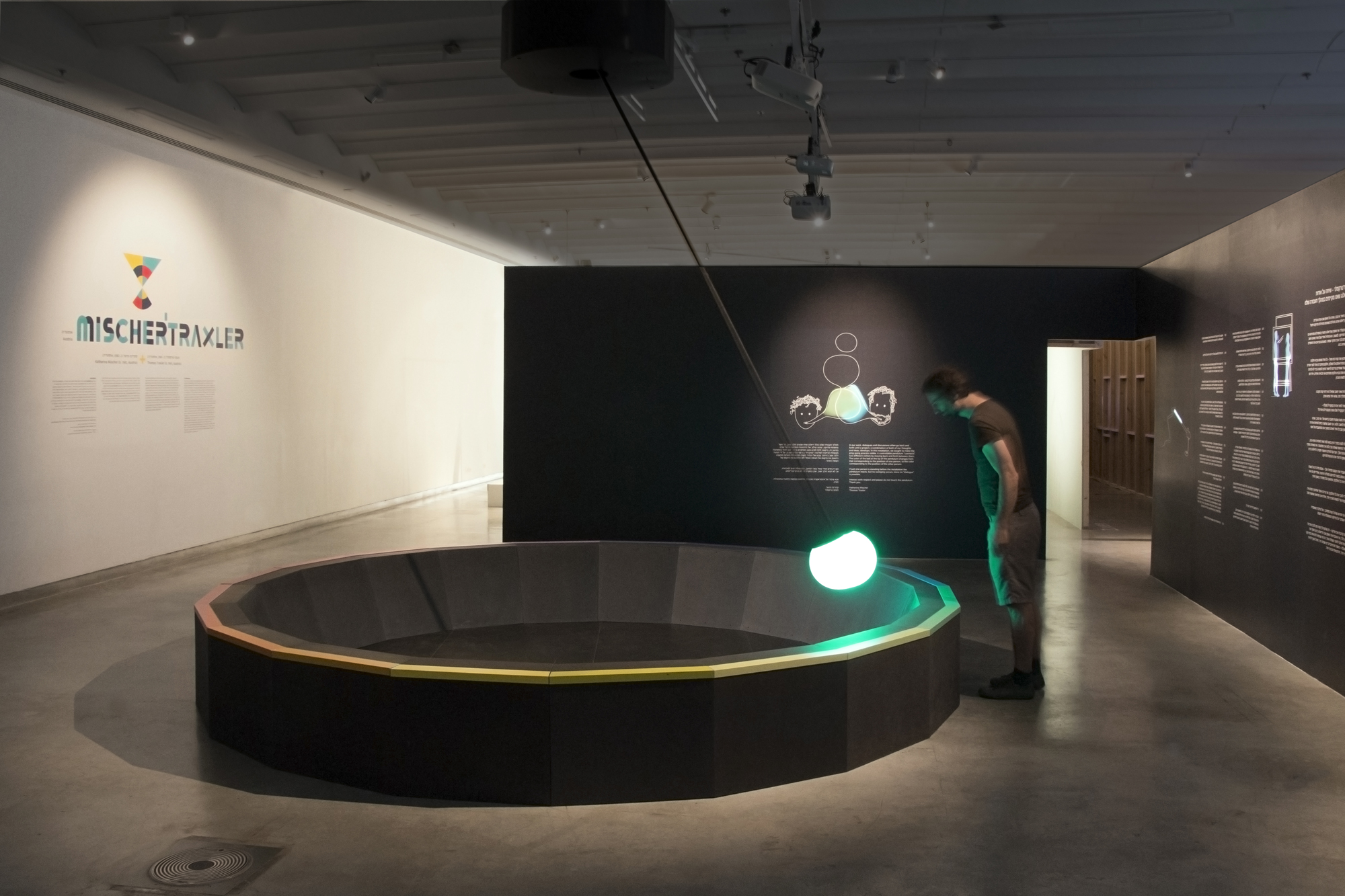 coalesque was developed for The Conversation Show – an exhibition curated by Maria Cristina Didero – at the Design Museum Holon.

The project visualizes and intends to sum up the studio’s working methodology, where dialogues and discussions often go back and forth until a project (a mixture of Katharina and Thomas’ thoughts and ideas) evolves to become something they believe is better than if it would have just popped out of one single head. This impressive machine called coalesque changes the color according to the position of the person who approaches it. It looks like this pendulum is watching people and suggests information. It rotates, but always via the middle, as it seems it should always get to the center in order to start a new adventure at the borders to encounter a human entity. Questioning delicate and sensitive topics via extraordinary devices represents at best the core household of the studio. With any given subject, the duo challenges itself in a thoughtful propaedeutic research to shape the object or the installation they have in mind, which is able to tell their story. coalesce as a word could pass different meanings: to blend, fuse, combine, join, mix, unite, come together, meet, amalgamate, associate.
Or again to band together, intermix, mingle, intermingle, interweave, become one, synthesize; and it is this very last one which better mirror the sense of the couple: to engineer an appliance capable to interact kinetically with human beings in such a precise, analytic modality. As streams coalesced in the forest to give birth to small rivers, this is their way of getting together to produce new effect. And most of all, according to mischer’traxler’s words, “they produce a better version than the singular one could be.” Balancing between workmanship and technologies is one of the must of the couple to visualize a vocabulary able to stand solid to the approach their design has to look like. It is a mutual, social effort that leads to an aesthetic of engineering that the designers put together to produce, once again, a high-tech landscape of projects, which is consistent and solid since the very beginning of their career. As they say: “design can be functional, good and beautiful not just in objects but also in the ideas it represent.” coalesque stands for the perfect example. 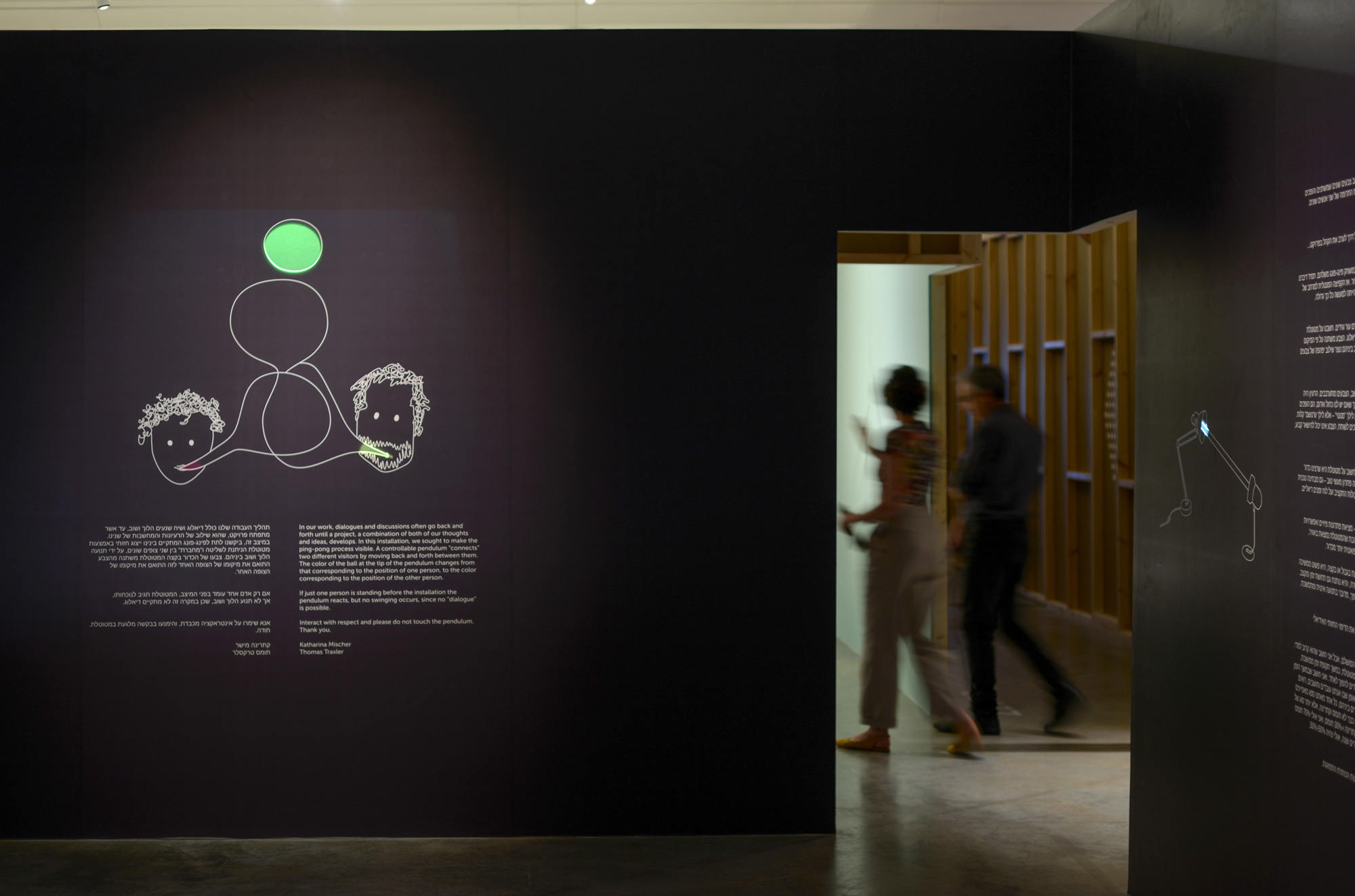 the project was supported by a printed dialogue between Katharina and Thomas and projected animated graphics on the walls, image credit: Shay Ben Efraim 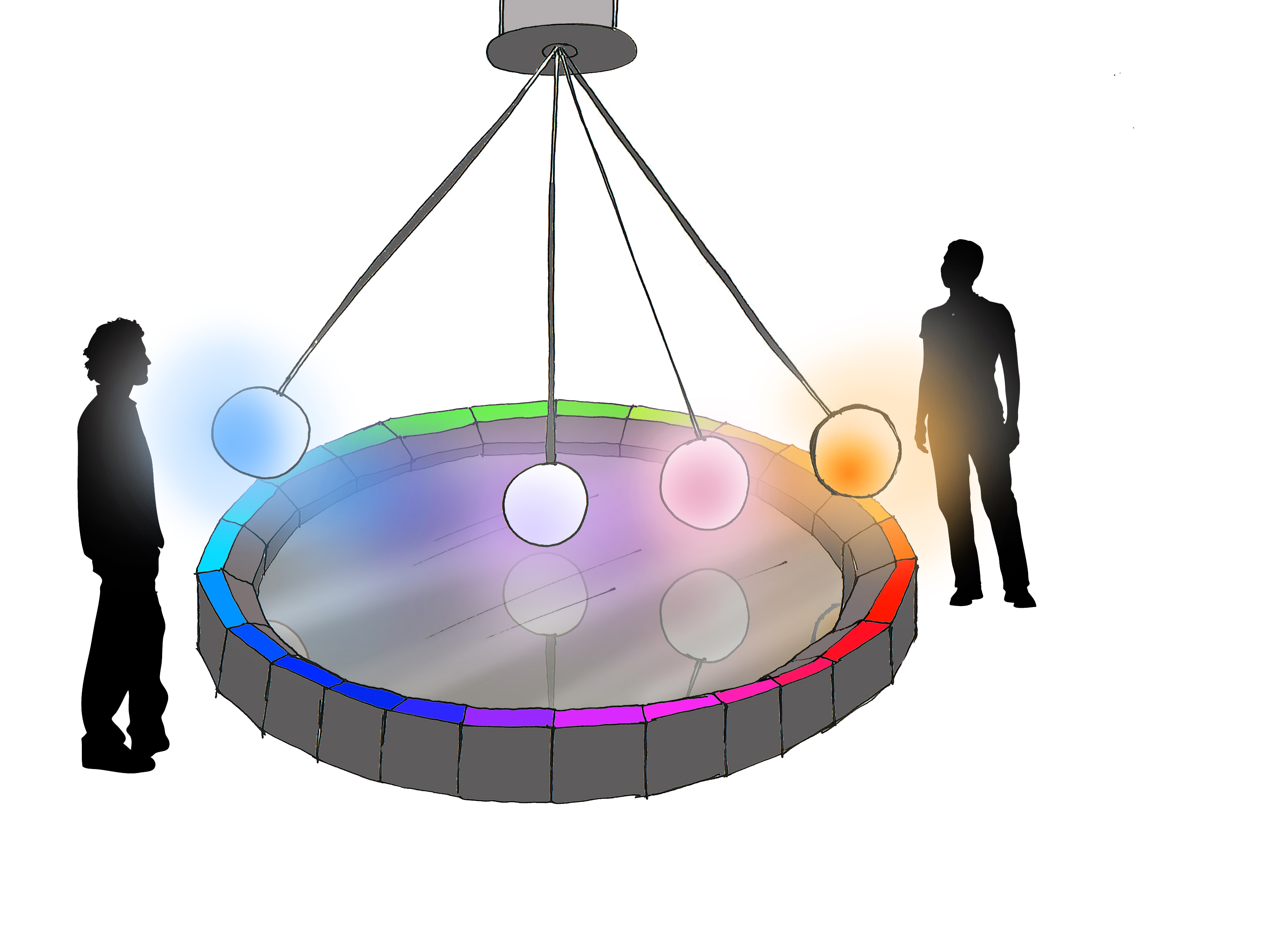 short video of coalesque showing how visitors interact with the installation 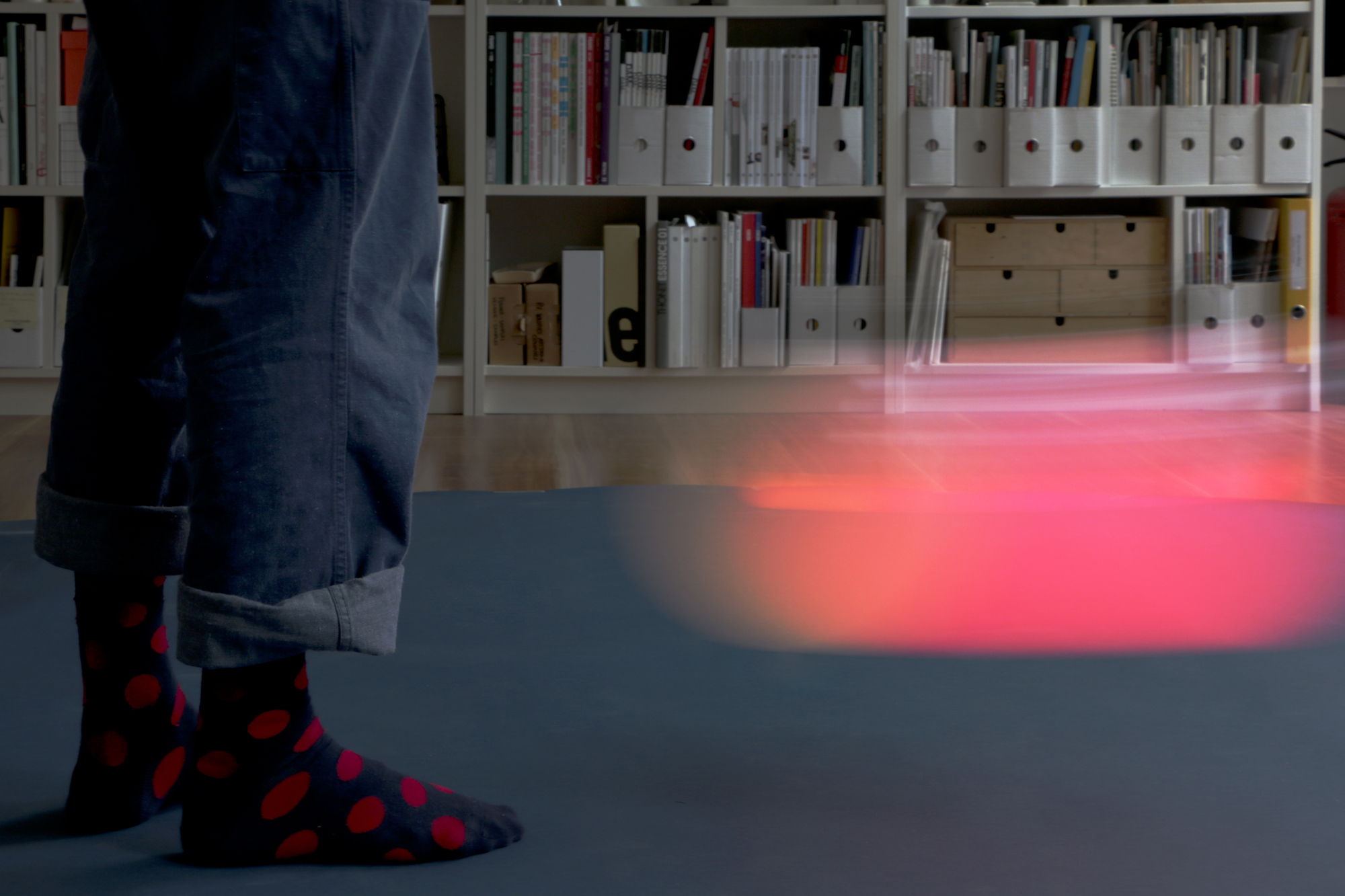 testing coalesque in the studio